Arun Nayar Net Worth: Arun Nayar is an Indian textile heir who has a net worth of $200 million. Arun Nayar has built his net worth from a computer firm he founded during the late 1990s. Arun Nayar was born in Leeds in December 1964, to Vinod Nayar, a Punjabi, and his German wife Gunnar, Nayar's family moved to India after the birth of his brother Nikhil.

Later, his parents separated and Nayar and his younger brother were brought up by their mother Gunnar. He attended school at Cathedral and John Connon School in Mumbai. He is a successful entrepreneur, and an heir to Tijarat Impex, a family owned textiles plant in India. He is the ex-husband of British actress Elizabeth Hurley. In late 2002, Nayar started dating Hurley. On March 2, 2007, Hurley and Nayar married at Sudeley Castle and then had a second traditional Hindu wedding at Umaid Bhawan Palace in Jodhpur. The Indian celebrations included a sangeet at Nagaur Fort and a reception at Mehrangarh Fort. The wedding ceremonies, photos of which were sold to Hello! magazine for a reported $2 million. On December 12, 2010, following press reports linking her romantically with Australian cricketer Shane Warne, Nayar's then-wife, Elizabeth Hurley, announced via Twitter that she and Nayar n had separated several months earlier. Hurley filed for divorce on April 2, 2011, citing Nayar's "unreasonable behavior" as the cause. 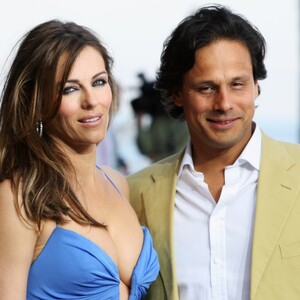