Andrew Fastow is an American businessman who has a net worth of $500 thousand. Andrew Fastow has earned his net worth as the former chief financial officer of the Enron Corporation. In 2001 the U.S. Securities and Exchange Commission investigated both Enron and Fastow; he was later indicted by a federal grand jury in 78 counts including fraud, money laundering, and conspiracy.

Enron used limited partnerships which they controlled to hide massive losses. Fastow pled guilty to two charges, in return for a lighter sentence he became an informant and help in the prosecutions of other former Enron executives. Fastow's wife Lea who was a former Enron assistant treasurer was sentenced to one year in a federal prison in Houston in 2004. In addition she also severed one additional year of a supervised released after pleading guilty to a misdemeanor tax charge. Andrew was born on December 22, 1961 in Washington, D.C he graduated from Tufts University with a B.A. in both economics and Chinese in 1983. During his days at New Providence High School he took part in the student government, played on the tennis team, and he was also a member of the school band. Fastow was the only student representative on the Board of Education for the State of New Jersey. In May 2011 he was transferred to a halfway house as a transition process for his upcoming release. You can read several books about the Enron conspiracy and Andrew Fastow such as: Conspiracy of Fools written in 2005 by Kurt Eichenwald, and the 2003 book by Bethany McLean and Peter Elkind called The Smartest Guys in the Room: The Amazing Rise and Scandalous Fall of Enron. Later in 2005 the book was turned in a feature film titled Enron: The Smartest Guys in the room. 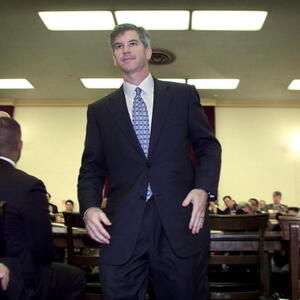