Early Life: Alexis Kerry Ohanian was born on April 24, 1983 in Brooklyn, New York to Anke and Chris Ohanian. His grandparents came to the U.S. as refugees after the Armenian Genocide. Ohanian attended Howard High School in Ellicott City, Maryland. He gave the student address at his graduation ceremony in 2001.

A 2005 graduate of the University of Virginia, Alexis Ohanian began focusing on business and the Internet while in college, and was a member of the professional business fraternity Alpha Kappa Psi. He majored in commerce and history.

Reddit: After college, he went on to found multiple Internet startups. Ohanian and his friend Steve Huffman originally pitched the idea of MyMobileMenu to Y Combinator. The company passed on the idea, but heavily encouraged the two to come up with their next one. He co-founded Reddit in 2005, a news website, where users post and rank the news content. Reddit was part of Y Combinator's first batch of startups in the summer of 2005. It was purchased a year later by Conde Nast for an undisclosed amount of somewhere between 10-20 million dollars.

Alexis worked closely with Reddit as a member of its board of directors. He returned full-time to Reddit with Huffman in July 2015 and to lead the now-independent company. Ohanian stepped back from Reddit in February 2018 to focus his efforts on investing. He also resigned from Reddit's board on June 5, 2020, asking to be replaced by a Black candidate in response to the killing of George Floyd. Michael Seibel, a Black entrepreneur, was named a Reddit board member on June 10, 2020. 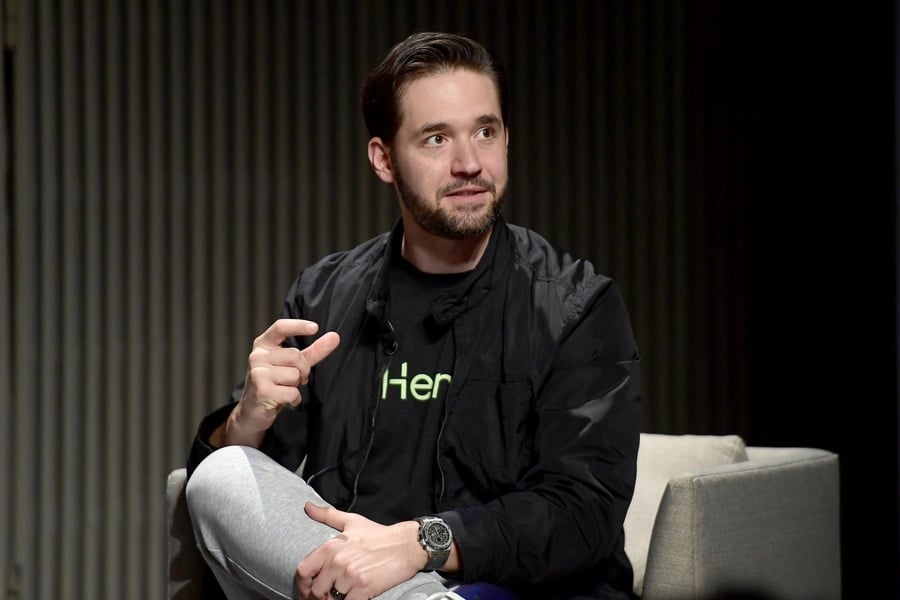 Other Companies: In 2007, Ohanian founded Breadpig, an online company that finds or develops, and markets, "geeky" things, and then gives all of the profits to organizations that are in need of funding aid, including the San Francisco Society for the Prevention of Cruelty to Animals and Room to Read, a program working to construct a primary school in Laos. The site has raised over $150,000 since it launched in 2007. He is no longer involved with the day-to-day operations of Breadpig. He is also the marketing director for Hipmunk, an online travel company. In June 2010, Ohanian launched Das Kapital Capital, a company that focuses on startup investing, advising, and consulting. Ohanian was named the Ambassador to the East for Y Combinator. He was also a full-time partner at Y Combinator before stepping down in 2016.

Investments:  In 2010, Ohanian co-founded Initialized Capital and made seed investments in startups including Instacart, Opendoor, Zenefits, and Cruise, totaling over $500 million. Ohanian was ranked number one investor for network centrality in 2014 by CB Insights. Alexis invested $3 million in childcare startup Kinside in 2019, also under his company Initialized Capital.

Other Ventures: Ohanian teamed up in December 2012 with Lester Chambers of The Chamber Brothers to launch a Kickstarter with the intention to make a new album entitled "Lester's Time Has Come" It raised over $61,000. Two years later, Ohanian raised $12,244 for the non-profit Black Girls Code on Tilt.com.

Ohanian published a book, "Without Their Permission: How the 21st Century Will Be Made, Not Managed," on October 1, 2013. It ranked #4 on the Wall Street Journal best seller list. That same year, Ohanian began hosting a weekly online series for The Verge called "Small Empires with Alexis Ohanian."

In 2017, Ohanian worked with teenager Rayouf Alhumedhi to campaign for Apple to introduce a hijab emoji. Alexis helped arrange an AMA for Alhumedhi about her idea and responded to critics. Apple released its version of the hijab emoji on July 17, 2017.

Activism: Ohanian is a passionate supporter of net neutrality and keeping the internet open. In 2010 and 2011, Ohanian spoke out against Congress's Stop Online Piracy Act, as well as the Senate's PROTECT IP Act. The two bills were eventually defeated, thanks to an Ohanian-led Internet-enabled campaign–he spoke to Congress, helped launch the national anti-SOPA/PIPA protests in 2012, and spoke at the NY Tech Meetup rally in New York. Ohanian also teamed up with Reddit General Manager Erik Martin and embarked on the Internet 2012 Bus Tour from Denver, CO to Danville, KY, campaigning for the open Internet during the Presidential and Vice Presidential debates. In response to his open internet activism, The Daily Dot named Alexis No. 1 on their top ten most influential activists of 2012. Forbes Magazine also awarded him the moniker Mayor of the Internet. In May 2014, Ohanian lobbied the FCC to support net neutrality, which culminated on January 15, 2015 in a day-long phone-a-thon into the FCC and Congress. Ohanian utilized Tilt.com to launch "Save Net Neutrality: Billboard in FCC's Backyard," a crowdfunding campaign that protested the FCC's plans to eliminate net neutrality.

Ohanian is also a fierce advocate for universal paid paternity leave. He wrote about his experience in the New York Times following his daughter's birth after his wife nearly died while giving birth and he found himself in the position of the main caretaker for his family. In June 2019, he announced plans to bring a pledge of federal paid family leave legislation to lawmakers on Capitol Hill.

Personal Life:  In October 2015, rumors swirled that Alexis was dating tennis superstar Serena Williams. On December 29, 2016, Serena and Alexis announced that they were in fact engaged after spending a little over a year quietly dating away from the press. They married in November 2017 and welcomed a daughter a few months prior, in September 2017. 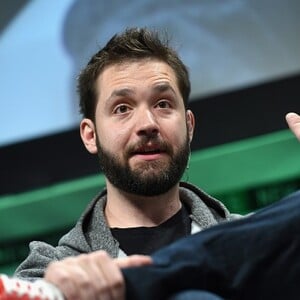