How much is Alan Schaaf Worth?

Alan Schaaf net worth: Alan Schaaf is an American website developer who has a net worth of $1 million dollars. Alan Schaaf developed the popular image-hosting site Imgur.com during his junior year at Ohio University in 2009. The site quickly gained popularity due to its ease of use and lack of advertisements. Since its launch in 2009, the service, which does not charge fees or require membership, has grown to include over 15 million users per month. Based in San Francisco, the company has achieved an Alexa rank of 73. The site has become the image hosting site of choice for websites like Reddit and Digg, and can be accessed from Yahoo, Google, Twitter, and Facebook accounts. Alan Schaaf has since graduated from college, and works for himself full-time. During the development of the service, he was attending school full-time, and working at the local radio station part-time. There have been very few changes to the overall structure of the service since it was launched in 2009, with the exception of the ability to create accounts, which was added in 2010. 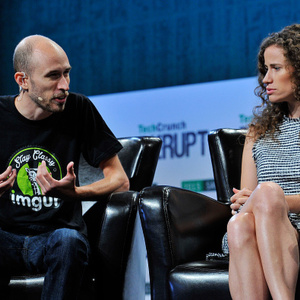