Abigail Disney Net Worth: Abigail Disney is an American filmmaker and scholar known for her documentary films focused on social themes. Abigail Disney has a net worth of $120 million dollars. Abigail Disney was born in 1960 and was raised in North Hollywood, California. She hearned a BA from Yale, an MA in English Literature from Stanford, and a PhD in English Literature from Columbia University. She is the daughter of Roy E. Disney. Roy's father, Roy O. Disney, co-founded of The Walt Disney Company with his brother Walt Disney. When Roy E. Disney died in 2009, he had a net worth of $1.2 billion and was one of the largest individual shareholders in the company. Abigail Disney turned to the family business of filmmaking after she met Liberian peace activist Leymah Gbowee in 2006. Her filmmaking career began with a documentary film, "Pray the Devil Back to Hell". The movie, which documented the lives of women in Liberia, was made with Emmy Award-winning director Gini Reticker. In 2008, she launched Peace is Loud, an organization described as "supporting female voices and international peace-building through nonviolent means." In 2009 Peace is Loud organized a Global Peace Tour which showed "Pray the Devil Back to Hell" at community screenings in the U.S. and other countries. It was part of the United Nation's International day of peace. Peace is Loud also funded a 10-day project regarding "female peace-building capacity" three different cities in the US. With partners Pamela Hogan and Gini Reticker, she produced the five part series "Women, War & Peace" which aired in 2011 on PBS. Also in 2011, Disney received an Athena Film Festival Award for her extraordinary use of film for social change. She was a Woman of the Year Honoree at the 2015 Women's Image Network Awards.

Abigail Disney Philanthropy and Criticism of Wealth: Abigail has been, somewhat ironically, an outspoken critic of of massive wealth. She has gone so far as to say private jets should be banned. Her family actually owns a private jet, a Boeing 737, but she has declined to use it because she feels uncomfortable with the environmental impact. She claims to have given away $70 million of her own personal wealth since turning 21.

In July 2019, after much speculation and estimation, Abigail declared in an interview that her personal net worth was $120 million. She pointed out that she could have been worth as much as $500 million had she not given away so much money and if she was a more aggressive investor. 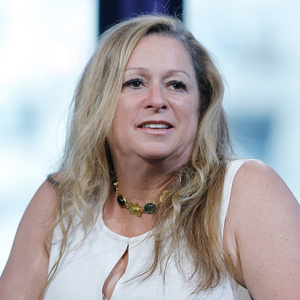