How much is Yusuf Pathan Worth?

Yusuf Pathan net worth: Yusuf Pathan is an Indian cricketer who has a net worth of $26.5 million dollas. Born November 17, 1982 in Vadodara, India, Yusuf Pathan made his debut in first-class cricket in 2001 as a powerful and aggressive right-handed batman and a right-arm offbreak bowler. His beginnings as a domestic player had him playing for Baroda (2001/02), Rajasthan Royals (2008-2010) and Kolkata Knight Riders (2011-present). Following a successful domestic season in 2007/08, he was signed by the Rajasthan Royals in the Indian Premier League for $475,000 and was named vice-captain of the team during IPL 3. In 2011, he was bought for $2.1 million by Kolkata Knight Riders. He holds two ODI Awards and two T201 Awards (all Man of the Match awards). On May 15, 2014, he became the first batsman to be given out for obstructing the field in Twenty20 cricket while playing for the Kolkata Knight Riders in Match No. 65 of Pepsi IPL 2013 against the Pune Warriors India. Yusuf's younger brother Irfan Pathan is also an Indian cricketer. 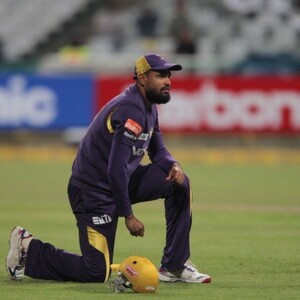