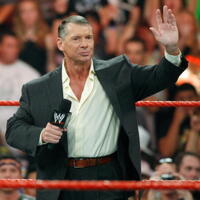 What is Vince McMahon's net worth and salary?

Vince McMahon is an American professional wrestling promoter, commentator, film producer and occasional wrestler who has a net worth of $1.8 billion. Vince earned his fortune and fame as the CEO of World Wrestling Entertainment, more commonly known as WWE. In the wake of an ongoing sexual harassment scandal, Vince McMahon announced he was retiring from WWE on July 22, 2022.

How Many Shares of WWE Does Vince McMahon Own?

As of this writing, Vince owns 28.7 million shares of WWE's stock. He owns class B shares that control 80% of WWE's voting power and roughly 37% of the company's total outstanding shares.

In April 2019 when the share price hit an all-time high of $96, his shares were worth $2.76 billion. Over the next six months, WWE stock lost around 50% of its value. As of February 2020, WWE stock traded at $44, which meant Vince's stake was worth $1.2 billion pre-tax. Vince sold 3.34 million shares in December 2017 for a gain of roughly $100 million. He sold the shares to fund his just-announced plans to re-launch the XFL football league. In April 2019, when the shares were at that all-time high, Vince sold 3.2 million shares, this time for a gain of $272 million. As luck would have it, his timing was perfect. Those same shares would have been worth half has much a few months later. He placed the gains from both sales into his wholly-owned subsidiary Alpha Entertainment. He reportedly plans to invest roughly $500 million of his own money in the re-booted XFL.

Vince McMahon was born on August 24, 1945 in Pinehurst, North Carolina. His father, Vincent James McMahon, left the family when Vince was a baby, and he did not meet his father until he was 12 years old. Vince's mother, Victoria, raised him alongside a string of stepfathers. McMahon overcame learning problems and dyslexia to graduate Fishburne Military School in 1964. He attended East Carolina University and graduated with a business degree in 1968.

Vince is most famous for being the Chairman, CEO and majority shareholder of World Wrestling Entertainment (WWE), a company that was founded by his father. McMahon began working for his father in 1971 when he was given the responsibility to promote a small wrestling show. Vince served as the in-ring announcer for All-Star Wrestling, and became the go-to play-by-play commentator. He did well, assisting his father's company in tripling TV syndication, and, over time, received a much more prominent role in the organization. When his father died in 1984, McMahon and his wife took control of the still modestly-sized company. He recruited the help of Hulk Hogan to be the face of the company. Vince McMahon soon developed the "Rock & Wrestling Connection", a concept that brought pop stars into the storylines and gave professional wrestling a national, and much broader, audience. Wrestlemania and other clever promotions soon followed. McMahon helped make wrestling a household name by shaping the WWF into a unique brand of sports entertainment. Today World Wrestling Entertainment, formerly known as the World Wrestling Federation (WWF) is a multi-billion dollar enterprise. 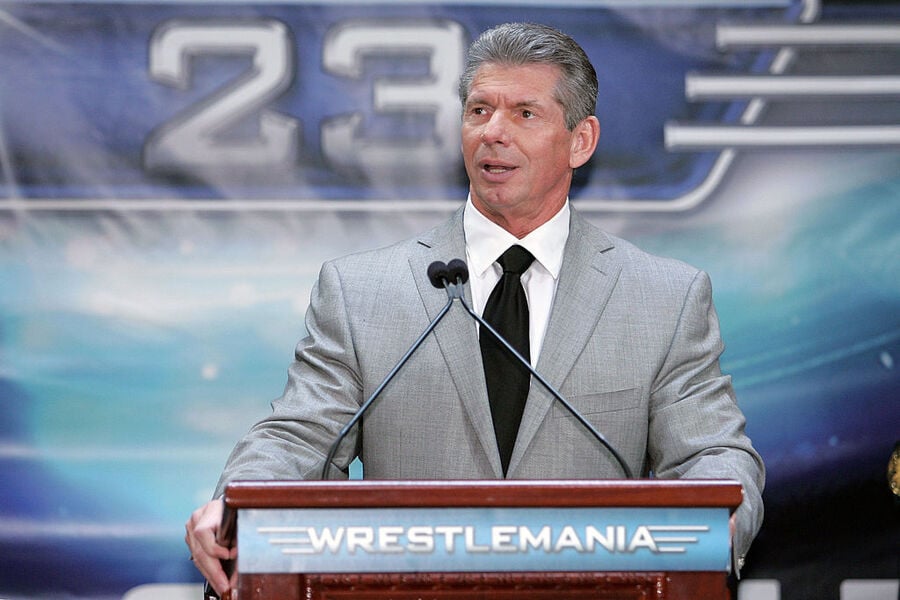 McMahon has occasionally competed in the ring and has held the WWF Championship and ECW World Championship. He has been awarded a star on the Hollywood Walk of Fame. McMahon's children Shane McMahon and Stephanie McMahon have also been very involved in the company both on and off camera. His wife Linda McMahon was also active in the WWE and was appointed the Administrator of the Small Business Administration by President Donald Trump in 2017.

McMahon has had a long-running feud with Stone Cold Steve Austin that started in December 1997. It began when McMahon discussed on-air the assaults Austin had allegedly waged against himself and other commentators. In the fall of 1998, McMahon commented again on air that he was "sick and tired" of seeing Austin as the WWF Champion and that he'd developed a "master plan to remove the championship" from him. Afterwards, Austin drove a Zamboni into the WWF arena and attacked McMahon. He was arrested shortly after.

Vince also started a highly-publicized feud with Donald Trump in January 2007. After Trump threatened to fight McMahon himself, they eventually came to the deal that they'd both pick a representative to wrestle on their behalves. McMahon's wrestler lost the fight.

Vince and Linda McMahon were married on August 26, 1966 in North Carolina. They met in church as young teenagers. They have two children, Shane and Stephanie, who both have had a hand in the family business, and six grandchildren. Vince and his family live in Greenwich, Connecticut, which is a roughly 30-minute drive from WWE's corporate headquarters in Stamford, CT. His Greenwich mansion is reportedly worth $40 million. Vince has also owned a $12 million penthouse in Manhattan and a sports yacht named "Sexy Bitch".

McMahon, at one point, faked his own death. WWE aired a segment on June 11, 2007 that featured Vince entering a limousine minutes before it exploded. The show cut to "off air" and WWE came back to proclaim that McMahon was presumed dead. McMahon acknowledged on June 25 2007 that he was indeed not dead, but that the death was part of a storyline of his made-up character. He claimed that he faked his own death in order to see what people truly thought of him.

McMahon has donated to many Republican Party causes, including to the research and tracking group America Rising. He donated $5 million to the Donald J. Trump Foundation. The McMahons also donated $8 million in grants to the Fishburne Military School, Sacred Heart University, and East Carolina University.

McMahon was accused of sexual assault in 1992 over a 1986 incident involving Rita Chatterton, a former referee in the WWF. He was accused in 2006 of sexual harassment by a bar worker in Boca Raton, Florida.  No charges were formally filed in either case.