How much is Trish Stratus Worth?

Trish Stratus net worth: Trish Stratus is a retired Greek Canadian wrestler, fitness model, and actress who has a net worth of $6 million dollars. Born in Richmond Hill, Ontario, Canada, Trish Stratus, also known as Patricia Anne Stratigias, began working as a fitness model while she was a student at York University. While working as a receptionist at a gym during a faculty strike at York, she was invited to do a test shoot for MuscleMag International. This led to a successful fitness modeling career, and a hosting job as part of "Live Audio Wrestling" on Toronto Sports Radio. She began wrestling for the WWF/WWE in 2000, appearing as a "heel". She started out managing multiple "heel" wrestlers, and then began appearing in the ring herself, four months after her debut. She wrestled professionally through 2006 and was a four time Women's Wrestling Champion. Since retiring she has served as the spokesperson for the World Natural Sports Association, and has appeared on various reality shows and in films. 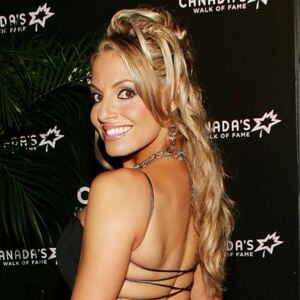