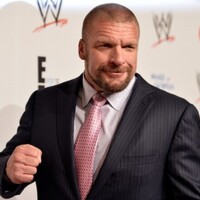 What is Triple H's net worth and salary?

Triple H is an American professional wrestler and actor who has a net worth of $150 million. That is a combined net worth with his wife, WWE heiress Stephanie McMahon. Also known as Hunter Hearst Helmsley (hence… "HHH" or "Triple H"), Triple H has served as the Executive Vice President of Talent, Live Events and Creative at WWE since 2013. He is the founder of NXT, an offshoot WWE brand. Stephanie McMahon is the daughter of WWE founder Vince McMahon.

Triple H was born Paul Michael Levesque on July 27, 1969, in Nashua, New Hampshire. The very first wrestling match he ever saw was in 1974 and featured Chief Jay Strongbow. He played baseball and basketball at Nashua South High School. When he was 14, he took up bodybuilding so that he could look like the professional wrestlers he saw on television. He graduated from high school in 1987 and continued entering bodybuilding competitions. In 1988 he won the Mr. Teenage New Hampshire competition. He was 19. He worked as the manager of a gym in Nashua where he met world champion Ted Arcidid who was, as it turned out, working for the WWE at the time. Triple H convinced him to introduce him to Killer Kowalski, a former wrestler who was at that time running a pro wrestling school in Massachusetts. In 1992, Levesque moved to Malden, Massachusetts to enroll at Killer Kowalski's school. His classmates included future WWF legend, Chyna.

Triple H made his professional in the ring debut in 1992 against Flying Tony Roy, under the name Terra Ryzing. He defeated Tony Roy. In July 1992, he defeated Mad Dog Richard to win the IWF Heavyweight Championship. In 1994, Levesque signed a one-year contract with World Championship Wrestling. In his first televised match, he played a villain named Terror Risin'. He defeated Keith Cole. He soon changed his ring name to Terra Ryzing, which he used for a few months until he re-branded himself, Jean-Paul Levesque. He was asked to speak with a French accent as part of his character's schtick.

Levesque met with Vince McMahon to discuss jumping to his league, but McMahon wasn't interested in Levesque at that time. However, not long after McMahon watched Levesque's match at Starrcade, he was suitably impressed to make him an offer and Levesque left for the WWE in January 1995. Triple H made his WWE debut as Hunter Hearst Helmsley. He appeared in taped vignettes, talking about how to use proper etiquette. Helmsley made his WWF pay-per-view debut at SummerSlam, where he defeated Bob Holly.

In 1996 his career hit a rough patch, starting with a feud with Duke "The Dumpster" Droese after a loss during the Free for All at the 1996 Royal Rumble. In 1997, Helmsley on the 1997 King of the Ring tournament by defeating Mankind in the finals. Later that year, Shawn Michaels, Helmsley, Chyna, and Rick Rude formed D-Generation X (DX). This group became known for pushing the envelope. This stable was a big part of the "Attitude Era" in the 1990s. During this period, his ring name was shortened to simply Triple H. 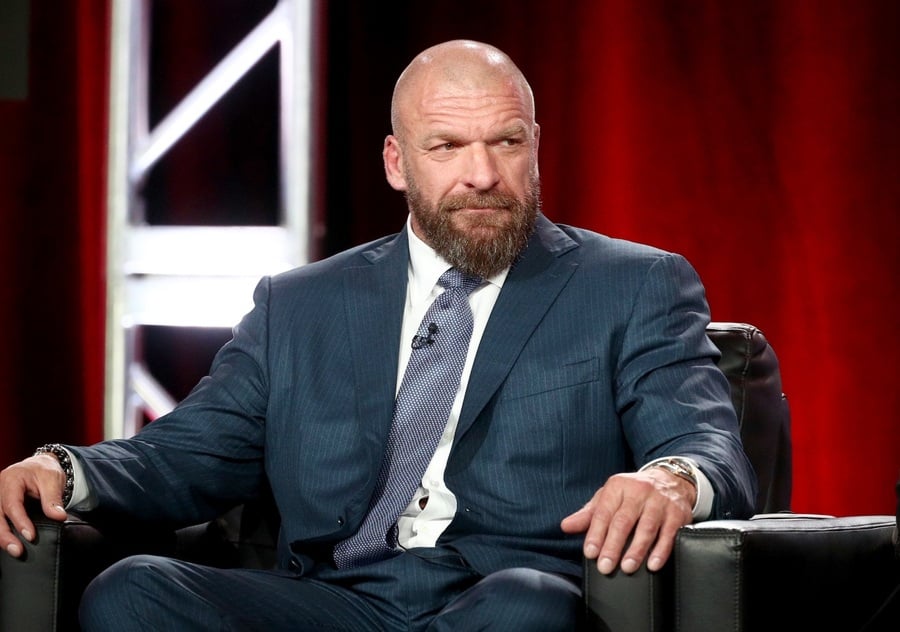 By January 2000, Triple H had dubbed himself "The Game," implying that he was on top of the wrestling world and was nicknamed "The Cerebral Assassin."  On the January 3 episode of Raw Is War, Triple H defeated Big Show to win his third WWF Championship. In May 20011, he suffered a tear in his quad muscle that nearly cost him his career. He was out of work for eight months. He returned to the ring in 2002. Triple H returned to Raw on January 7, 2002, at Madison Square Garden. He won the Royal Rumble and received an Undisputed WWF Championship match at WrestleMania X8, where Triple H defeated Chris Jericho for the Undisputed WWF Championship. After holding the title for a month, Triple H dropped it to Hulk Hogan.

In February 2003, Triple H formed a stable known as Evolution with Ric Flair, Randy Orton, and Batista. Triple H and Flair challenged Rob Van Dam and Kane for the World Tag Team Championship, but they lost the match. The group was pushed on Raw from 2003 to 2004 and the height of their dominance occurred after Armageddon, where every member of Evolution left the pay-per-view holding a title. Triple H held the World Heavyweight Championship for most of 2003, successfully defending against Booker T at WrestleMania XIX in an angle with racist undertones. He lost the title after 280 days in September 2003 at Unforgiven to Goldberg, in a match with the stipulation that had Goldberg lost, he would have to retire.

Triple H has won a number of championships in his career including:

These days, Triple H works behind-the-scenes at WWE, founding the developmental branch NXT, and gaining praise for his business acumen in professional wrestling.

In an interview about life behind the scenes of the WWE, Triple H compared the WWE to Disney. He said: "We are Disney. We are entertainment … not just one-dimensional. Just think: 10 years ago, Marvel was just the comic book guys. We are and will continue to be, a growing global content provider for entertainment of all kinds."

Levesque is a fan of the band Motörhead and was good friends with lead singer Lemmy.


In 2013 he took a behind the scenes role as Executive Vice President of Talent, Live Events and Creative. In 2013, Levesque earned a combined salary of just over $1.5 million from his front office job and as a wrestler. More recently Triple H's WWE annual salary was $2.8 million.

He also owns several million worth of WWE stock. More importantly, Triple H's wife Stephanie owns around 2.5 million shares of WWE which at various recent times have been worth as little as $40 million and as much as $225 million.