Torrie Wilson net worth: Torrie Wilson is an American model, fitness competitor, actress, and former professional wrestler who has a net worth of $5 million. Torrie Wilson was born in Boise, Idaho, and was an athlete growing up. She participated in cheerleading, dance, and track and field. She began modeling when she was in her early teens.

While she was successful, she also developed a severe eating disorder. She recovered when she was in her early 20s, and shifted her focus to fitness. She went on to compete in various fitness competitions, and subsequently won the Miss Galaxy competition in 1998. She began working with World Championship Wrestling in 1999, appearing in an ongoing storyline that involved various wrestlers fighting for her affections. She left the WCW in 2000, and began appearing with World Wrestling Entertainment. She wrestled for the WWE from 2001-2008. In addition to her wrestling work, she has appeared in Playboy Magazine and FHM. She also placed second on the 2009 addition of "I'm a Celebrity… Get Me Out of Here!". 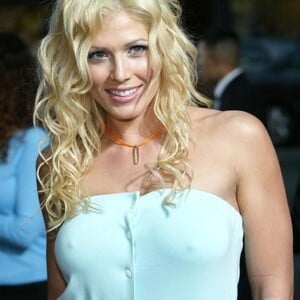