Tommy Dreamer Net Worth: Tommy Dreamer is an American professional wrestler, wrestling promoter, and actor who has a net worth of $1.5 million. Tommy Dreamer was born in Yonkers, New York in February 1973. He first wrestled in International World Class Championship Wrestling using the named T.D. Madison. He started using the name Dreamer as a tribute to Dusty Rhodes.

Dreamer wrestled for Extreme Championship Wrestling (ECW) from 1993 to 2001. He then wrestled for World Wrestling Entertainment (WWE) and was a member of WWE's new version of ECW. Tommy wrestled for Total Nonstop Action Wrestling (TNA) from 2010 to 2011 and then again since 2013. He has wrestled on the independent circuit as well since 2010. In 2012 he started his own wrestling promotion called House of Hardcore. He started his own YouTube series in 2011 called The Tommy Dreamer TV. Tommy's wrestling accomplishments include holding the ECW World Heavyweight Championship, ECW World Tag Team Championship 3 times, ECW Championship (as part of WWE), and WWF/WWE Hardcore Championship 14 times. Dreamer is known as the "Innovator of Violence". He married wrestler Beulah McGillicutty in 2002 and the couple has twin daughters who appeared in an episode of The Sopranos. 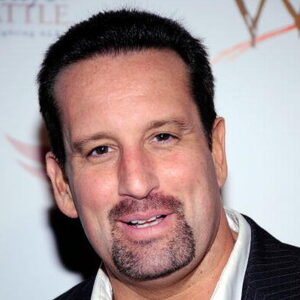