Steve McMichael Net Worth: Steve McMichael is an American former professional football player who has a net worth of $3 million. Steve McMichael was born in Houston, Texas in October 1957. He was a consensus first-team All-American at the University of Texas. McMichael was a defensive tackle and was drafted #73 by the New England Patriots in 1980.

He played for the Patriots in 1980, the Chicago Bears from 1981 to 1983, and the Green Bay Packers in 1994. He won a Super Bowl championship playing for the Bears and was a two time Pro Bowl selection. McMichael was a collegiate wrestler and was a professional wrestler and commentator for World Championship Wrestling from 1995 to 1999 where he was a member of The Four Horsemen. He is the head coach of the Chicago Slaughter in the Indoor Football League and co-hosts a Bears pre-game show on ESPN 1000 in Chicago. In 2010 he was inducted into the College Football Hall of Fame. In 2013 he ran for mayor of Romeoville, Illinois. 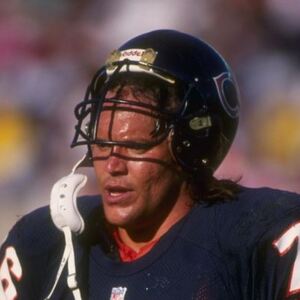