Early Life: He was born Steven James Anderson in Austin, Texas, on December 18, 1964. He later changed his name to Steven James Williams, taking his stepfather's last name, but is better known by his ring name Stone Cold Steve Austin. His parents, James and Beverly Anderson (née Harrison), divorced when he was about one year old. His mother subsequently moved to Edna, Texas, and married Ken Williams in 1968. He has three brothers and a sister. After graduating from Edna High School, he attended Wharton County Junior College on a football scholarship, before receiving a full scholarship to the University of North Texas.

Wrestling Career: Austin joined the Dallas Sportatorium after deciding to become a wrestler, where he was trained by Chris Adams. Adams trained him in technical moves, but did not teach him about kayfabe or business. He learned about those aspects of wrestling from Tony Falk, the referee in his 1989 televised World Class Championship Wrestling (WCCW) debut match against Frogman LeBlanc. Initially, he worked under his real name. Memphis booker Dutch Mantell is the one who gave him the name Steve Austin when WCCW merged with the Continental Wrestling Association (CWA) into the United States Wrestling Association (USWA). The main reason behind his name change was to avoid confusion with a popular wrestler at the time, "Dr. Death" Steve Williams.

In 1990, Austin left the USWA and sighed with World Champion Wrestling (WCW) the following year. When his 'good guy' persona wasn't getting him anywhere, he took on the name 'Stunning Steve Austin'. He made his World Championship Wrestling (WCW) debut in 1991. Austin was paired with Vivacious Veronica as his valet (the person who accompanies a wrestler to the ring), who was later replaced by Jeannie Adams, also known as "Lady Blossom". On June 3, 1991, Austin defeated Bobby Eaton for his first WCW World Television Championship, and joined Paul E. Dangerously's Dangerous Alliance. On April 27, 1992, he lost the WCW World Television Championship to Barry Windham, but regained the title on May 23 that year, enjoying a long reign as champion before losing the title on September 2 to Ricky Steamboat. Shortly after, The Dangerous Alliance disbanded.

In January 1993, Austin formed a tag team with Brian Pillman, called The Hollywood Blonds. Their team won the unified NWA and WCW World Tag Team Championship on March 3, and held the title for five months. He would hold the WCW United States Heavyweight Championship twice, winning it once in December 1993 and again in August 1994, when he won the title by forfeit after his opponent Ricky Steamboat was unable to wrestle due to a back injury. However, he only enjoyed his second reign with the title for a few minutes, after Steamboat's replacement Jim Duggan beat him in a match that lasted just thirty-five seconds. In June 1995, WCW Vice President Eric Bischoff fired Austin because he did not see him as a marketable wrestler.

At the time, Austin was still recovering from a triceps injury, so he was unable to wrestle. Paul Heyman of Extreme Championship Wrestling (ECW) hired him to do in-ring interviews instead. While with ECW, Austin developed his "Stone Cold" persona. He then joined the World Wrestling Federation (WWF) in late 1995 after Kevin Nash and Jim Ross convinced WWF owner Vince McMahon to hire him. Austin then made his WWF debut on the January 8, 1996 episode of "Raw", where he was awarded the Million Dollar Championship.  His real rise to stardom began at the 1996 King of the Ring tournament, which he won by defeating Jake "The Snake" Roberts. After the match, Austin mocked Roberts' portrayal as a born-again Christian with his now-iconic catchphrase, "Austin 3:16" (a play on the Bible verse John 3:16). This catchphrase ultimately became one of the most popular in wrestling history, and was one of the best-selling T-shirts in WWE merchandise history. As "Stone Cold Steve Austin", his signature move was called the "Stone Cold Stunner". Between 1995 and 1999 Austin won four federation championships as well as numerous other tag team and individual titles. He was also involved in a feud with Vince McMahon. 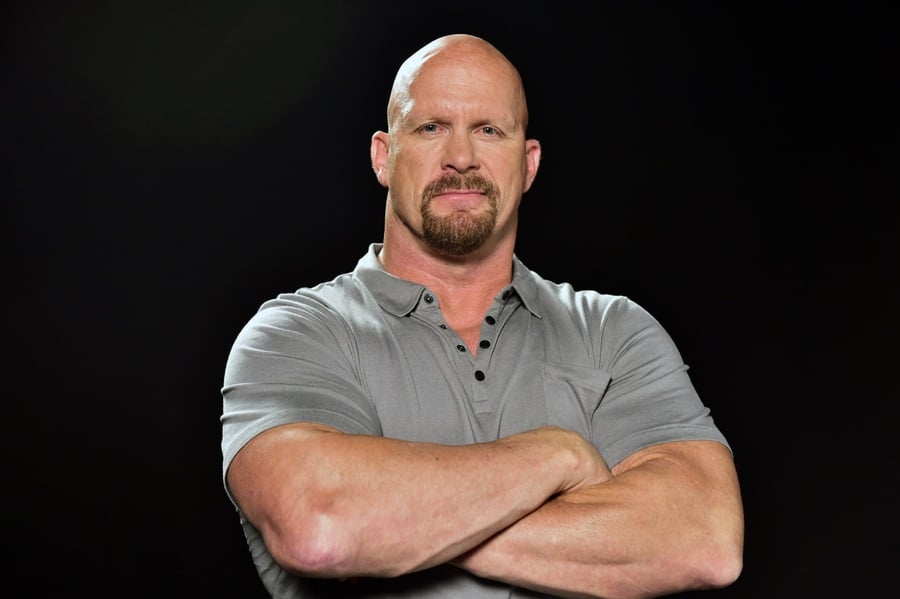 He officially retired from wrestling in March 2003, although he has continued to appear in wrestling programming in non-wrestling roles, including as referee. From 2003 to 2004, he was featured as the Co-General Manager and Sheriff of "Raw".

Personal Life: Steve Austin has been married four times. His first marriage to Kathy Burrhus lasted from 1990-1992. Austin went on to marry Jeannie Clark, (aka Lady Blossom) in 1992. They divorced in 1999. They have two daughters together, Stephanie and Cassidy. He was married to Debra Marshall from 2000 to 2003. He married Kristin Feres in 2009.

Real Estate: For many years, Austin and his fourth wife Kristin split their time between his ranch in Nevada (named the Broken Skull Ranch 2.0) and a home in Marina Del Rey, California. They actually own two side-by-side homes in Marina Del Rey. The first property he bought around 2009. He bought the house next door in 2017 for $1.49 million in an off-market transaction. In April 2021 he sold the Marina Del Rey compound for $3.395 million. 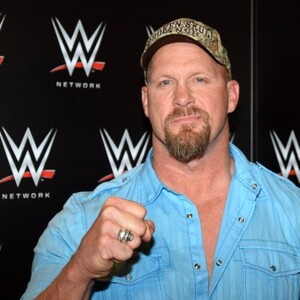