Sheamus net worth: Sheamus is an Irish professional wrestler who has a net worth of $8 million. Sheamus has earned his net worth through his many championship wins and his career in the WWE, competing on the Smack Down Brand and Irish Whip Wrestling. Stephen Farrelly was born in Dublin, Ireland in January 1978.

As a youth he played Gaelic football and rugby. He worked security and was a bodyguard for Bono of the band U2. He started training at Larry Sharpe's Monster Factory in 2002 on the advice of Bret Hart. He started wrestling under the name Sheamus O'Shaunessy but suffered a serious neck injury that put him out of action for two years. In 2004 he attended the Irish Whip Wrestling school in Dublin. He became IWW's first Heavyweight Champion in 2005. From 2005 to 2007 Sheamus also made appearances on the British independent wrestling circuit. Sheamus debuted for the WWE's Florida Championship Wrestling in 2006. He would win the Florida Heavyweight Championship. In 2009 Sheamus made his debut on an episode of ECW. He debuted on Raw later in the same year and his first pay per view match was at Survivor Series. On December 13th 2009 Sheamus became the first Irish-born WWE Champion. He has held that title twice, as well as holding the winning the World Heavyweight Championship once, and WWE United States Championship twice. He also won the 2010 King of the Ring and the 2012 Royal Rumble. Sheamus was ranked the #5 best wrestler from Pro Wrestling Illustrated in 2012. He went on to form a tag team with Cesaro and captured the WWE Raw Tag Team Championship twice. 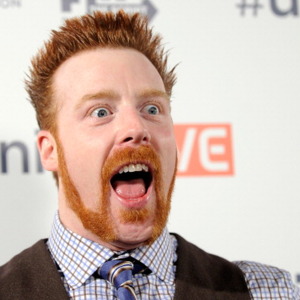