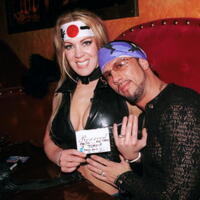 Sean "X Pac" Waltman net worth: Sean X Pac Waltman is an American professional wrestler who has a net worth of $500 thousand. Sean X Pac Waltman was born in Minneapolis, Minnesota in July 1972. Waltman joined his high school wrestling team but was cut for not wanting to cut his hair. He started his career under the name The Lightning Kid and worked in many independent wrestling promotions. Waltman got his break when he upset Razor Ramon on World Wrestling Federation's Monday Night Raw in 1993 and went by the name The 1-2-3 Kid. He won the WWF Tag Team Championship four times, the WWE Light Heavyweight Championship twice, and the WWE European Championship twice. He joined World Championship Wrestling in 1996 where he was known as Syxx and was part of the New World Order. Waltman won the WCW Cruiserweight Championship and the WCW World Tag Team Championship. He returned to the WWF/WWE in 1998 and joined D-Generation X. Waltman has also wrestled for Total Nonstop Action (TNA) and Chikara as well as many independent promotions. He is also a part of the Kliq group and is signed to a WWE Legends contract. Waltman is the only wrestler to hold the TNA X Division Championship, WWF Light Heavyweight Championship, and WCW Cruiserweight Championship.