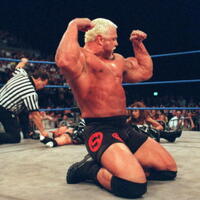 Scott Steiner net worth: Scott Steiner is an American professional wrestler who has a net worth of $1 million. Rick Steiner was born in Bay City, Michigan in July 1962. Scott is best known for being one half of The Steiner Brothers tag team with his brother Rick Steiner. In World Championship Wrestling he was a seven time World Tag Team Champion with his brother Rick. Scott Steiner was also a one time World Heavyweight Champion, two time United States Heavyweight Champion, and two time World Television Champion in WCW. He was the seventh WCW Triple Crown Champion in history. Scott Steiner was also known for being a member of the New World Order (nWo). Along with his brother Rick he also won the World Wrestling Federation World Tag Team Championship twice. Scott won the WWA World Heavyweight Championship back in 1986 and then joined Continental Wrestling Association in 1988. He competed in the NWA, WCW, WWF, ECW, World Wrestling All-Stars, TNA, World Wrestling Council, and the on the independent circuit. He has dealt with many controversies including alleged steroid abuse and multiple assault charges. He was banned from attending the WWE Hall of Fame ceremony in 2015 after Hulk Hogan's wife accused Steiner of accosting her at a San Jose airport where he supposedly threatened to kill Hogan.