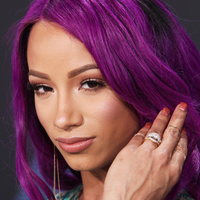 What is Sasha Banks' Net Worth?

Sasha Banks is an American professional wrestler who has a net worth of $4 million. During a successful career on the independent circuit, Banks won the Chaotic Wrestling Womens' Championship. She then signed with the WWE in 2012 and was initially assigned to the NXT brand. Three years passed before she was promoted to their main roster, and she held the honor of being part of the first women's match to headline NXT Takeover in 2015. This also became the longest women's match and the first iron woman match in WWE history. This match was so influential that it was later named Match of the Year by "Pro Wrestling Illustrated," and Banks was named Woman of the Year by the same publication.

Banks competed in the Raw Women's Championship, winning the event a total of five times. She then headlined a WWE pay-per-view event alongside Charlotte Flair, becoming the first female to do so. Her other accomplishments include becoming the first woman to compete in a Hell in a Cell match, the first woman to win the PWI award for Feud of the Year, and much more. More recently, she won the 2019 WWE Women's Tag Team Championship at the Elimination Chamber before following up next year with a win at the Smackdown Women's Championship during the Hell in a Cell pay-per-view. She finished 2020 by being named the Wrestler of the Year by "Sports Illustrated." In 2021, she was tweeted about more than any other athlete other than Simone Biles and LeBron James.

Mercedes Justine Kaestner-Vardano was born on January 26th of 1992 in Fairfield, California. She grew up in a family with strong roots in the entertainment industry. Banks is the cousin of Snoop Dogg, Brandy Norwood, Ray J, and Daz Dillinger.

Raised in a mixed ethnicity family alongside an autistic brother, Mercedes moved to Minnesota at an early age. The family then settled in Boston, where she began getting involved in the local wrestling scene. Kaestner-Vardano attended online school and was heavily influenced by All Japan Women's Pro-Wrestling as a young child.

Mercedes first began training in 2008, earning her stripes at Chaotic Wrestling in Massachusetts. Initially, she fought under the stage name "Mercedes KV." During these early days, she collaborated heavily with Nikki Roxx in a number of team matches. Her solo debut game in 2010 when she lost to Danny E. In 2011, she won her first match against Alexxis alongside Nikki Roxx in a tag-team match. She then participated in a five-woman gauntlet match and was eliminated. Over the next little while, she continued to participate in singles matches, eventually defeating Alexxis to win the Chaotic Wrestling Women's Championship for the first time.

In 2012, she defended her title against Barbie, Luscious Latasha, Alexxis, and even her old teammate Nikki Roxx. After another win in a fatal four-way match, Mercedes defended her title once again to become the longest-reigning Chaotic Women's Wrestling Champion in history. But by this point, she had her eyes on bigger goals, and she made her final appearance in Chaotic Wrestling in 2012, losing against Ivy Fit.

During this period, Mercedes was also participating in independent circuits like the New England Championship Wrestling and the National Wrestling Alliance, at times adopting the stage name "Miss Mercedes." In 2012, she left all of these organizations behind and signed a contract with WWE after a successful tryout camp. At this point, she adopted the stage name Sasha Banks for the first time. Starting out in NXT, she made her television debut later in 2012 when she lost to Paige. In 2013, she claimed her first win against Alicia Fox.

Sasha's first major storyline was a feud with Audrey Marie, which ended when Banks teamed up with Paige to defeat Marie and Summer Rae. Unfortunately, she would eventually lose to Summer Rae in the NXT Women's Championship tournament later that year. As time went on, Sasha became a villainess after attacking Paige. Over the next few matches, Summer Rae and Banks teamed up to defeat Paige, Emma, Bayley, and Charlotte in various matches. 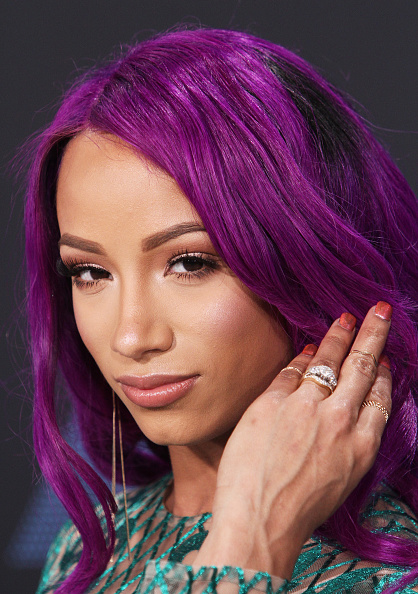 In 2014, Banks appeared at Wrestlemania XXX. She then lost the NXT Women's Championship once again, causing her to feud with the current champion, Charlotte. Banks lost a number of matches against Charlotte, but managed to appear on WWE's main roster later in 2014 for the first time, losing to Charlotte once again. After yet another loss against Charlotte, Banks managed to pin her in a fatal four-way match at NXT TakeOver: Rival. This gave her the championship for the first time, and she even defeated Charlotte in a rematch to retain the title. She successfully defended the title against numerous contenders before losing to Bayley. She had held the title for 192 days. Banks was then defeated by Bayley once more in her last-ever NXT Match.

Later that year, rumors started to swirl that Sasha was frustrated with the WWE while suffering from depression. She eventually asked McMahon to be released from her contract, which he denied. Banks then took time off to think about her career. After a brief hiatus, she returned to the WWE and continued to compete.