Sable net worth: Sable is an American model, actress, and former professional wrestler who has a net worth of $10 million. Sable was born in Jacksonville, Florida in August 1967. She joined the WWE in 1996 an was the second Women's Champion in the company. She left the WWE and filed a lawsuit against them for $110 million, alleging sexual harassment as well as unsafe working conditions.

She returned to WWE but left again to spend time with her family. Sable has appeared on the cover of Playboy magazine three times. As an actress she has appeared in the movies Corky Romano, The Final Victim, and Slaves of the Realm. Sable has also appeared in episodes of the TV series Pacific Blue, First Wave, and Relic Hunter. She was married to wrestler Marc Mero who trained her from 1994 to 2004 and Sable married Brock Lesnar in 2006. She modeled for companies including Pepsi, L'Oréal, and Guess?. 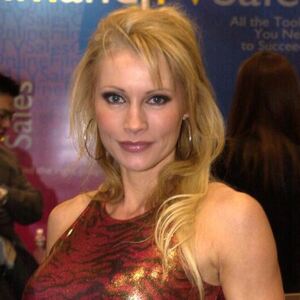