Rowdy Roddy Piper Net Worth: Rowdy Roddy Piper was a Canadian-born wrestler who had a net worth of $4 million. Piper shot to fame after appearing in the WWF and the WCW wrestling organizations. Despite his Canadian heritage, he was marketed as being Scottish. The image involved him entering the ring wearing a kilt while bagpipe music was playing. He quickly earned the nickname "Rowdy" due to his short temper. Many critics believed that he was the greatest wrestling villain of all time.

Over the course of his career, Roddy Piper racked up 34 championships. He also started hosting his own WWE interview segment known as "Piper's Pit," which proved to be quite popular. By 2005, he had been inducted into the WWE Hall of Fame, and during the induction, Rick Flair referred to him as the "most gifted entertainer in the history of professional wrestling."

Although he was a successful wrestler, Roddy also proved to be quite successful in a number of other film and television projects. His most famous role was probably in "They Live," in which he played the lead. Another notable role came in 1988 with "Hell Comes to Frogtown." He also made several appearances in the series "It's Always Sunny in Philadelphia."

Early Life: Roderick George Toombs was born on April 17th of 1954 in Saskatoon, Saskatchewan, Canada. Raised in Winnipeg, Manitoba, he was expelled from school at an early age for carrying a switchblade. His father was an officer for the CN Rail Police, and the two had an argument that resulted in Roderick leaving home. He then stayed at various youth hostels, working for local gyms and meeting several professional wrestlers. During these early years, he learned how to play the bagpipes and became friends with former NHL player Cam Connor.

Career: Although Roddy started out as an amateur wrestler, he also trained in boxing and Judo. During the early 70s, Roddy appeared frequently in the American Wrestling Association and earned the nickname "Roddy the Piper." He then moved on to NWA Hollywood Wrestling, eventually venturing into the Mid-Atlantic territory to defeat wrestlers like Jack Brisco and Ric Flair. After becoming a fan-favorite during this period, Piper moved up to the WWF, making his first appearance in 1979. However, it was not until 1984 that he finally became a regular fixture in the WWF. This eventually helped Piper become even more famous with interview segments such as "Piper's Pit."

In 1989, Piper returned to the WWF after taking a two-year hiatus. He then became Intercontinental Heavyweight Champion and co-hosted "Prime Time Wrestling" alongside Gorilla Monsoon. After another hiatus, Roddy returned once more in 1994. He eventually was named interim WWF President after Gorilla Monsoon took a leave of absence.

From 1996 to 1998, he joined World Championship Wrestling. After a number of matches against wrestlers like Hulk Hogan, Piper left and returned to the WWE in 2005. He made a few more sporadic appearances throughout the 2005-2006 season before retiring in 2011. 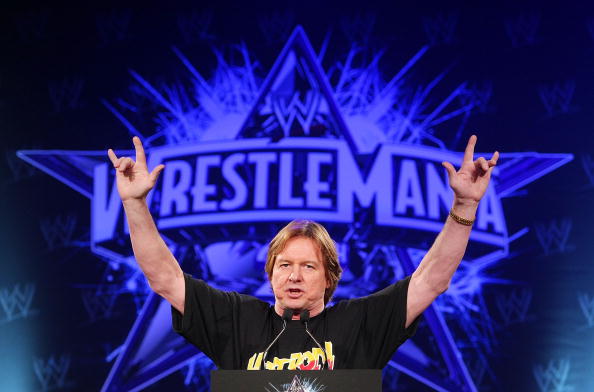 Entertainment Career: : During the 1980s, Roddy appeared in a number of music videos for artists like Cydni Lauper and others. During and after his wrestling career, Piper was also a prolific actor. He spent his time appearing in a wide range of movies. Although many of these films were B-movies, he also had his time in the spotlight with movies like 1988's "They Live." In this movie (directed by John Carpenter), Piper plays an average joe who fights aliens. He became especially famous for his catchphrase "I have come here to chew bubble gum and kick ass. And I'm all out of bubble gum." This line has been parodied on numerous occasions since the release of "They Live." Roddy also earned fame for appearing in the film "Hell Comes to Frogtown."

During the 90s, Roddy also appeared in shows like "The New Zorro," "MADtv," "Saturday Night Live," "Superboy," "Walker, Texas Ranger," and "The Outer Limits." In the 2000s, he appeared in numerous episodes of "It's Always Sunny in Philadelphia," playing a professional wrestler. During this period, he also appeared in an episode of "Cold Case."

Over the course of his entertainment career, Roddy also became a successful voice actor. He appeared in a number of animated films, television shows, and video games. He played himself in the video game "Saints Row IV," and he also appeared in shows like "Robot Chicken," "Night Traveler," and "Green Lantern: Emerald Knights."

Relationships: Toombs married Kitty Jo Dittrich in 1982, and the couple stayed together until Tommbs' death in 2015. Over the course of their relationship, they had four children together. One of these children later pursued a wrestling career with the stage name Teal Piper.

Medical Issues: In 2006, it was revealed that Roddy had been diagnosed with Hodgkin's Lymphoma. He later revealed that he was using medical marijuana to alleviate some of the more painful symptoms of cancer.

Passing: By 2015, it was clear that Roddy was showing signs of serious cognitive decline. During an appearance on "The Rich Eisen Show," Piper seemed to have trouble answering questions and maintaining a coherent line of conversation. Just six days after this appearance, Piper died in his sleep at the age of 61. It was later revealed that he passed from a cardiopulmonary arrest caused by hypertension and a pulmonary embolism. His passing resulted in numerous figures in the wrestling industry coming forward and paying their respects. 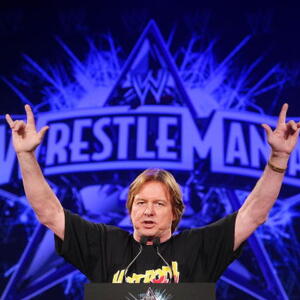