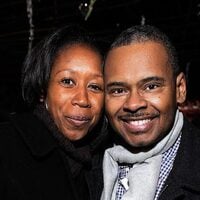 Ron Simmons net worth: Ron Simmons is an American retired professional wrestler and football player who has a net worth of $3 million dollars. Ron Simmons was born in Perry, Georgia, and first made a name for himself as a high school football player. He went on to play college football for Florida State University, where he enjoyed a very successful four seasons. The Cleveland Browns drafted him in 1981. He also played for the USFL with the Tampa Bay Bandits for one season. He began his professional wrestling career with the National Wrestling Association in 1988. He remained with NWA/World Championship Wrestling through 1994. He then spent a year with Extreme Championship Wrestling, before joining the World Wrestling Federation circuit for the next eight years. He retired in 2004, but began returning sporadically in 2006, and continues to do so to this day. He is most widely remembered as a part of the popular duo known as the Acolyte Protection Agency. He was inducted into the World Wrestling Entertainment Hall of Fame in 2012.