What is Roman Reigns' Net Worth?

Roman Reigns is an American professional wrestler who has a net worth of $14 million. Although Roman Reigns had a stint as a professional football player, he is probably best known for his career as a professional wrestler. He is associated with WWE's SmackDown brand and performs under the stage name Roman Reigns. After graduating high school, Roman attended Georgia Tech and had a brief NFL career with the Minnesota Vikings and the Jacksonville Jaguars. He then spent one season in the CFL with the Edmonton Eskimos before retiring from football.

In contrast to his lackluster football career, Reigns experienced much more success in the WWE. He is a three-time WWE champion, and he has held the WWE Universal Championship on two separate occasions. Other achievements include on WWE Intercontinental championship, one WWE Tag Team championship, and a win at the 2015 Royal Rumble. In addition, he was named Superstar of the Year in 2014.

Roman is considered one of the top wrestlers in the world, but he is not always the most popular. Over a six-year period that ended in 2020, Reigns was presented as the new face of the company. However, fans and critics pushed back against this with considerable vehemence. As a result, Roman Reigns became a villainous character instead, and this character was much better received by audiences.

Leati Joseph Anoaʻi was born on May 25th of 1985 in Pensacola, Florida. Raised in a family with Italian and Samoan roots, Reigns' father and his brother were both professional wrestlers. He is also related to a number of other professional wrestlers. After graduating from high school, he attended the Georgia Institute of Technology and majored in management. While attending college, he also played football for three years and was eventually named Defensive Player of the Year.

Roman's success as a college football player led to him being drafted by the Minnesota Vikings of the NFL in 2007. Unfortunately, his leukemia diagnosis cut his career short, and he was quickly released by the Vikings. Although he signed with the Jacksonville Jaguars, they also dropped him before the 2007 season. That being said, he spent one season playing in the CFL with the Edmonton Eskimos, playing in five games. He was then released by the Eskimos and retired from football in 2008.

Roman signed with the WWE in 2010 and started working his way through their development territory, the Florida Championship Wrestling. He made his debut in 2010 and eventually became a villainous character and adopted the name Roman Reigns. In 2012, Roman appeared in the main roster of the WWE as a member of The Shield. By this point, he had been rebranded as a heroic character that battled against injustice.

Reigns has been a controversial character within the WWE for a number of reasons. When he first appeared in 2012, he was described as "one of the most valuable commodities in the WWE," but fans did not always agree with this sentiment. By 2014, the WWE was accused of rigging votes in Reigns' favor, and he was heavily criticized for his limited moveset. Throughout 2015, he was booed heavily, and fans felt that the WWE was pushing him too hard to become the face of their brand – regardless of how their audience actually felt about him. By 2016, the WWE even broadcast fake cheering noises while Roman was entering the ring in order to hide the boos. By this point, several former wrestlers were strongly encouraging the WWE to transform Reigns into a villainous character. 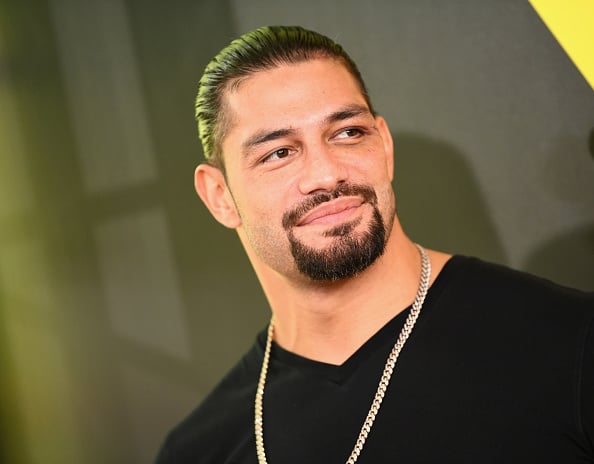 Later in 2016, Reigns reportedly turned on the crowd after broadcasting had stopped, yelling angrily at them. Things went from bad to worse when Roman Reigns was suspended by the WWE for a month after violating their wellness policy. It has never been revealed exactly why Roman was suspended, but the general consensus is that it was due to some kind of drug violation (either marijuana, Adderal, or steroids, depending on who you ask).

As the years went on, fans continued to be incredibly unsympathetic towards Roman. At Wrestlemania 33, Reigns was booed unmercifully before, during, and after the main event. People shouted expletives and comments such as "you suck" and "go away." These comments could be heard even though WWE tried desperately to turn to the microphones pointed at the live audience. In a ridiculous attempt to spin the story, WWE claimed that these individuals were booing because they liked Roman Reigns.

The crowd eventually became more sympathetic towards Reigns after he was diagnosed with Leukemia for the second time after an 11-year healthy period. However, cheers were still relatively rare. He then announced that his leukemia had gone into remission, which was met with positive reception from the crowd. In 2020, the WWE finally relented and repackaged Reigns as a more villainous character known as "The Tribal Chief." This character has been met with a far more positive reception from fans. However, fans continued to boo him.

Roman Reigns married Galina Joelle Becker in 2014 after initially meeting her during their time together as students at the Georgia Institute of Technology. They subsequently had five children together, four of which were twins.

Roman Reigns has struggled with leukemia over the course of his life, having been diagnosed with the disease twice. In addition, he broke his nose in a match against Sheamus and required nasal reconstructive surgery.