Rob Van Dam net worth: Rob Van Dam is an American professional wrestler who has a net worth of $5 million dollars. Rob Van Dam, also known as Robert Alex Szatkoswki, was born in Battle Creek, Michigan, and began his wrestling career in Ohio in the late 80s, after training under The Sheik.

He was renamed Rob Van Dam by a promoter, due to his passing resemblance to Jean Claude Van Damme, and because of his previous martial arts training. He won his first regional wrestling title in 1992, and signed with World Championship Wrestling the same year. After four low-key years in the WCW, he signed with Extreme Championship Wrestling. The move proved to be a good one, and he became quite popular with fans, both as a solo wrestler, and as a tag-team with Sabu. After ECW folded, he went on to wrestle for World Wrestling Entertainment. He is a three-time World Champion, and has won a total of 21 championships over the course of his nearly 25-year wrestling career. 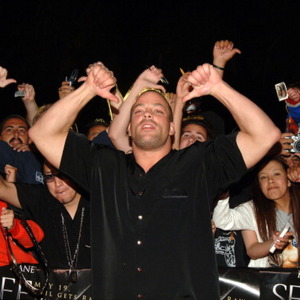