Ricky Steamboat Net Worth: Ricky Steamboat is a retired American wrestler who has a net worth of $1 million. Ricky Henry Blood, better known by his ring name: Ricky "The Dragon" Steamboat was born on February 28, 1953 in West Point, New York. It is known that he went to school in New York, but graduated in Florida.

Ricky was born to a Hawaiian father and a Japanese American mother, from whom he got his Asian features that would be crucial later for his performance as "The Dragon". Ricky started his wrestling career in 1976 in the American Wrestling Association (AWA). In 1977, he went into Jim Crockett Production (JCP) where he would make the following eight years of his career. In 1985, he entered the World Wrestling Federation (WWF), where he was given the gimmick of The Dragon. This was the gimmick and nickname he would use until the end of his wrestling career in 2004. Steamboat has won several championships including one NWA Heavyweight World Champion, four times United States Heavyweight Champion, among many others. In the WWE (formerly called WWF) he was one-time Intercontinental Champion. In 2009, Steamboat was added to the WWE Hall of Fame. Steamboat returned to the WWE in 2005 as a road agent. On April 15, 2009 he returned for a wrestle in the ring with a team against wrestler Jericho. The members of his team were defeated while he went against Jericho, who defeated him. Steamboat's son from his second wife Bonnie, Ricky Steamboat, Jr., is also a professional wrestler. Steamboat worked as a trainer at NXT and later become an Ambassador. 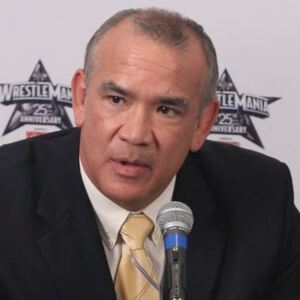