Early Life: Ric was born Richard Morgan Fliehr on February 25, 1949, in Memphis, Tennessee. Flair was adopted and it is largely believed that his birth name is Fred Phillips. Some documents refer to him as Fred Demaree or Fred Stewart. When he was  adopted, his adoptive father was completing his residency in obstetrics and gynecology in Detroit, Michigan. His adoptive mother,  Kathleen, worked for the Star Tribune newspaper. Not long after he was adopted he and his new family settled in Edina, Minnesota. Flair attended Wayland Academy in Beaver Dam, Wisconsin for high school. He was on the wrestling team, as well as played football and ran track. He briefly attended the University of Minnesota, where he intended to follow in his adoptive father's footsteps and study medicine. However, he dropped out to become a professional wrestler.

Career: Flair, who also goes by his nickname "The Nature Boy" first was introduced to the wrestling business when he met the legendary Vachon brothers. Flair made his professional wrestling debut on  December 10, 1972, opposite "Scrap Iron" George Gadaski. He spent the first several months of his career with Gagne's Minneapolis Boxing & Wrestling Club before he moved to Charlotte, North Carolina where he became a regular for Jim Crockett Promotions. In 1981, Ric won his first NWA World title. He has since enjoyed an extremely prolific wrestling career. Later in his career, he worked for both World Championship Wrestling, TNA Wrestling and Vince McMahon's WWE (World Wrestling Entertainment).

Flair was a big pay-per-view attraction throughout his career. He headlined  Starrcade 10 times. He also headlined the WWF counterpart, WrestleMania, in 1992. That same year, he won the Royal Rumble. He was the PWI Wrestler of the Year eight times. He is the first WWE Hall of Fame inductee to be inducted into the Hall of Fame twice. The first time was in 2008 for his individual career and in 2012 for his part in The Four Horsemen. Flair is also in the NWA Hall of Fame, Professional Wrestling Hall of Fame, and Wrestling Observer Newsletter Hall of Fame. 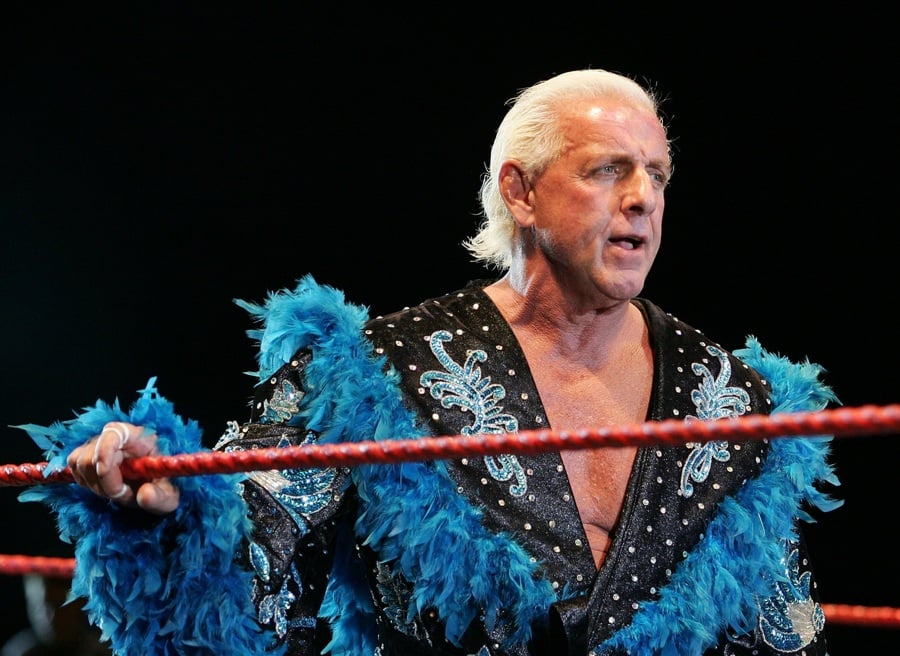 Personal Life:  On August 28, 1971, Flair married Leslie Goodman. They had a daughter named Megan and a son named David. They divorced in 1983.

Flair married Elizabeth Harrell on August 27, 1983. They also had two children — a daughter named Ashley and a son named Reid. Flair and Harrell divorced in 2006.

Flair must really like being married because, on November 11, 2009, he married Jackie Beems in North Carolina. Flair filed for divorce from Jackie in 2012 and it was final in 2014.

Flair got married for the fifth time on September 12, 2018, to Wendy Barlow aka Fifi the Maid on WCW, in Florida.

Flair's son David was a professional wrestler like his father. David worked for WCW from 1999 to 2001. Flair's other son Reid was a decorated high school wrestler and signed a developmental deal with WWE in 2007.

In 2004, Ric Flair became a grandfather when his daughter Megan gave birth to her first child, a daughter named Morgan Lee Ketzner.

Flair's other daughter Ashley signed with WWE under the stage name Charlotte Flair in 2012.

Flair's son Reid died of a drug overdose from the combination of heroin, Xanax, and a muscle relaxer in March 2013.

Flair has made a number of outrageous claims over the years including the fact that he allegedly slept with 15,000 women and guzzled 15 drinks a day.

In June 2020, Flair defended his daughter Charlotte from fans who have been complaining that she's overexposed in wrestling. In an interview, he said: "I'm so mad about that – one mark after another, 'We're tired of seeing her.' Good, watch her on TV in another event. She's a millionaire – she can do what she wants to do. And she's a millionaire because of the company; there you go."

Financial Problems: Ric Flair has had a number of run-ins with the IRS dating back to the early 1990s. In 2000 the IRS hit him with a lien over $870,000 worth of unpaid taxes. The IRS started garnishing Flair's WWE earnings in 2005. He blamed the issues on his second wife Elizabeth's profligate spending.

According to legal filings released in 2019, Ric reportedly failed to pay his full tax amounts for his earnings between 2016 and 2018. The filing showed that he owed the Federal government $240,000 and the state of Georgia $40,000. Also in 2019, Rick experienced a medical emergency requiring heart surgery that left him with a reported $1.8 million medical bill not covered by insurance. 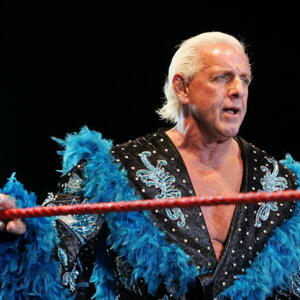