Rey Mysterio Net Worth and Salary: High-flying luchador Rey Mysterio has a net worth of $10 million. Also known by his real name, Óscar Gutiérrez, Mysterio is considered one of the most influential wrestlers of all time. He is signed to the WWE, and he performs on the SmackDown brand. Mysterio began his career with the Asistencia Asesoría y Administración in Mexico before signing with World Championship Wrestling in 1996. During his time in the United States, he helped popularize the "Lucha Libre" style of wrestling, and also the cruiserweight divisions.

After signing with the WCW, Rey won the WCW Cruiserweight Championship five times, while also taking home the World Tag Team Championship title three times. After a brief period with the Consejo Mundial de Lucha Libre, Mysterio signed with the WWE in 2002. He became just as successful with the WWE, and he won many titles. Despite leaving in 2015 to wrestle in Japan and Mexico, Rey Mysterio subsequently returned to the WWE in 2018.

Óscar Gutiérrez was born on December 11th of 1974 in Chula Vista, California. Óscar Gutiérrez comes from a family of wrestlers, and his uncle also fought under the name Rey Mysterio. Two of his cousins are also wrestlers, as is his son and nephew.

By the time Óscar Gutiérrez was 14 years old, he was already wrestling in Mexico. Trained by his uncle (Rey Mysterio Sr.), Óscar Gutiérrez learned the Lucha Libre style of wrestling quickly and became known for his "high-flying" wrestling moves. Finally, he was given the honor of carrying on his uncle's name in 1991, and he was dubbed "Rey Mysterio Jr." After a brief stint with the AAA in Mexico and a single year with Extreme Championship Wrestling, Rey found his place with World Championship Wrestling.

He spent his first two years in the WCW making a name for himself in the cruiserweight division, fighting wrestlers like Dean Malenko, Prince Iuakea, and Lord Steven Regal. Mysterio was also known for his feud with New World Order during this period. By 1998, he had won his third cruiserweight championship, beating Juventud. He then underwent knee surgery that put him out of action for six months.

In 1999, Mysterio was forced to take off his mask by the WCW. He has since stated that he never wanted to be unmasked, and that he was pressured by the WCW into doing it. Óscar Gutiérrez stated that it was hurtful to his family, as it went against the traditions of the Mexico Lucha Libre style. Mysterio also complained that his unmasking was not part of some grand climax, but rather during a "throwaway match." He also revealed that he was given a choice to either "lose his mask or lose his job."

Over the next few years, Mysterio earned a reputation as a "giant killer," taking down larger opponents such as Kevin Nash and Scott Norton. Although Rey was increasing in popularity, the production staff behind WCW did not see the cruiserweight division as a main source for programming, preferring more conventional wrestling events. The WCW made it very clear to Mysterio that he would never become a "main eventer." From 1999 to 2001, Rey Mysterio partnered with No Limit Soldiers and later the Filthy Animals.

When the WCW closed down, Rey Mysterio returned to the independent circuit in Mexico and the United States. In 2002, he signed with WWE and was allowed to start wearing his mask once more. During this period, he feuded with Eddie Guerrero before becoming the World Heavyweight Champion. He won a number of additional titles before partnering with Sin Cara. From 2013, his storylines were wrapped up, and he left the WWE. Mysterio then returned to the AAA and fought in Japan before returning to the WWE in 2018. 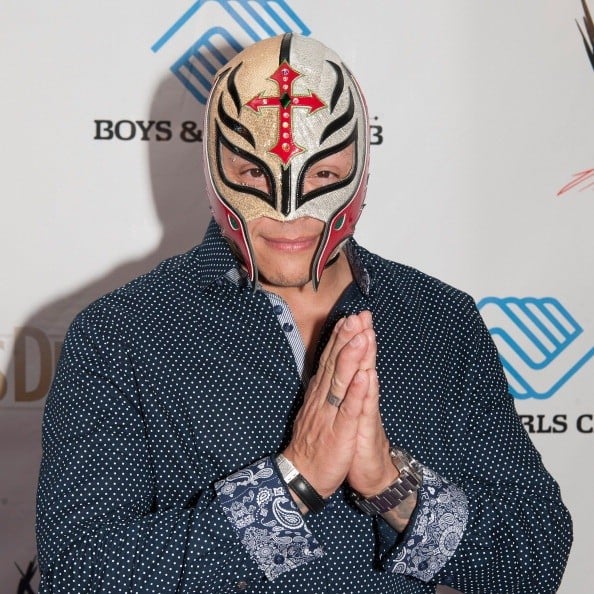 Gutierrez and his wife Angie have had two children together over the course of their relationship. The family is Roman Catholic.

Rey Mysterio has been involved in a number of controversies over the course of his career. In 2007, "Sports Illustrated" published an article linking a number of WWE wrestlers to steroid and HGH use. One of the wrestlers mentioned was Gutierrez. This eventually led to his being suspended for 30 days by the WWE, but Mysterio defended himself by stating that he had been prescribed the medication legally by a licensed doctor. However, it seems clear that Rey didn't get the message after his first suspension, since he was suspended a second time by the WWE for a similar offense in 2012.

Probably the most shocking controversy Rey has been involved with is the death of Perro Aguayo Jr. The wrestler's passing came inside the ring, during a match involving Extreme Tiger, Mysterio, and Manik. Mysterio dropkicked Aguayo, and the strike killed the fighter. However, no one realized that Aguayo was actually dead, as everyone simply assumed that he had been knocked out. When it became clear that Aguayo had stopped breathing, he was rushed to the hospital, where efforts were made to revive him. These efforts were ultimately unsuccessful, and he was pronounced dead on March 21st of 2015.

Mysterio owns a home in Chula Vista, California allegedly worth about $1 million. The residence spans about 4,000 square feet, and it was originally built in 2004. It features five bedrooms and a number of interesting highlights. There is a large fish tank that houses Rey's extensive tropical fish collection. He also has a large collection of swords and other blades, plus a considerable collection of action figures. 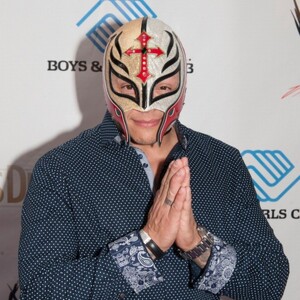