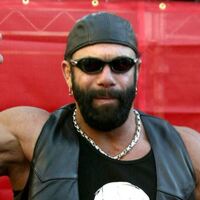 What was Randy Savage's Net Worth?

Randy Savage was an American professional wrestler and actor who had a net worth of $8 million at the time of his death. Randy Savage was a world champion wrestler for the World Wrestling Federation and World Champion Wrestling. His wrestling career spanned for 32 years, during which he won 29 championships. Unfortunately Randy Savage died on May 20, 2011 at the age of 58. Initial reports said he died in a car accident but later reports showed he actually died of a heart attack while driving which caused him to crash into a tree.

He was born Randy Mario Poffo November 15, 1952 in Columbus, Ohio. He was raised Roman Catholic and is of Italian and Jewish descent. His father was a well-known wrestler in the 1950s and 1960s who was also featured on "Ripley's Believe It or Not!" He was raised in Zanesville, Ohio with his brother, Lanny, and attended Grover Cleveland Middle. He then attended Downers Grove North High School in the Chicago suburb of Downers Grove, Illinois.

Savage actually embarked on his athletic life as a minor league baseball player.

Savage was signed by the St. Louis Cardinals baseball time right out of high school in 1971 as a catcher. He was initially placed in the minor leagues to develop in the farm systems of the Cardinals and the Cincinnati Reds and mostly played in the outfield. His last season was in 1974 when he played for the Tampa Tarpons.

Influenced heavily by his father, Savage began wrestling in between the baseball seasons in 1973. His first wrestling character was called The Spider and bore similarities to Spider-Man. However he soon after took the ring name Randy Savage. He also picked up the nickname "Macho Man" after a suggestion from his mother. His decision to end his baseball career was due in large part to his desire to focus full-time on wrestling. He wrestled his first match against Paul Christy and went on to wrestle matches in Michigan and along the Southeast territory, which was run by Nick Gulas.

His father was heavily involved in his career and felt like his sons were not getting the types of opportunities he needed to advance. His father thus started the International Championship Wrestling organization in the mid-American states, which was considered an outlaw organization. It was rather short-lived and Savage then joined Jerry Lawler's Continental Wrestling Association, along with his brother. He had a number of notable matches during this time and increased his profile in the wrestling community. Considered one of the top free agents in pro wrestling, Savage then signed with Vince McMahon in 1985. He began appearing on "Tuesday Night Titans" soon after and made his pay-per-view debut in November of that year. He also began his on-screen relationship with Miss Elizabeth who he selected as his manager in a gimmick storyline. Miss Elizabeth, or Elizabeth Hulette, was actually Savage's wife whom he had married in 1984.

In 1986, Savage won the Worldwide Wrestling Federation Intercontinental Heavyweight Championship against his rival, Santana, whom he had been feuding with during the previous year. Savage's early career with the WWF was very successful, as he won three victories over WWF star Hulk Hogan, two of which were staged at Madison Square Garden. In 1987, Savage won the King of the Ring tournament and his popularity continued increasing over the next two years as he defended his Heavyweight Champion title against stars like Andre the Giant and the Big Boss Man. 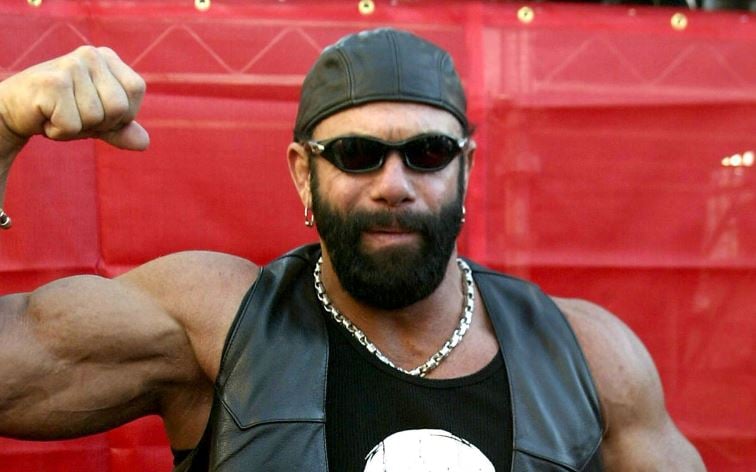 In 1989, Savage lost the title to Hulk Hogan after holding it for 371 days, beginning an ongoing feud between Savage and Hogan which was only further exacerbated when Hogan declared that Miss Elizabeth was to be his manager. The feud continued though he reunited with Miss Elizabeth later that year, when he also declared his retirement from active wrestling. However, the then returned to television as a broadcaster in 1991. He soon after made his return to the ring in an unofficial capacity. He was then reinstated and soon after began an on-screen feud with WWF Champion Ric Flair.

Savage remained with WWF until he made his first appearance with World Championship Wrestling in 1994. During this time, he was able to settle his feud with Hulk Hogan and the two became a wrestling duo. He continued wrestling with WCW until the late 1990s. He then took a break from wrestling before reappearing in Total Nonstop Action Wrestling in 2004. He wrestled his last match in December of that year.

Outside of wrestling, Savage appeared in a number of television shows and movies, like "Walker, Texas Ranger," "Mad About You," and "Spider-Man." He also voiced characters on "King of the Hill," "Dexter's Laboratory," and "Bolt."

In 1984, Savage married Elizabeth Hulette, who was better known by her stage name, Miss Elizabeth. She was also a professional wrestler. The couple divorced in 1992. In May of 2010, Savage married Barbara Lynn Payne, his high school sweetheart. However, the following year in May of 2011, Savage suffered a heart attack while driving in Florida with Payne. He became unresponsive while driving and crashed into a tree.

While it was initially reported that he had been killed in the collision, the autopsy found that his heart had been enlarged and he had advanced coronary artery diseases. He had never been treated for any heart condition and seemingly did not know that he suffered from heart problems before his death.

Following his death, he was paid tribute by a number of print and television productions. WWE released a DVD documentary, "Macho Man: The Randy Savage Story," which featured interviews with some of the closest people in Savage's life. In 2015, WWE inducted him into the WWE Hall of Fame.