Nikki Bella Net Worth: Nikki Bella is an American wrestler who has a net worth of $8 million. Bella is best known for being a retired professional wrestler who spent many years with the WWE. Alongside her sister Brie Bella, she made up one half of the wrestling dup known as The Bella Twins. After making her debut for "Smackdown" in 2008, she eventually became the two-time WWE Divas Champion. Nikki holds the record for the longest-lasting reign with this title. Numerous wrestling magazines have ranked her as one of the top female wrestlers in the world. She won numerous awards during her athletic career.

Outside of wrestling, Bella has appeared in numerous film and television productions. The Bella Twins also have their own YouTube channel, their own wine label, and their own clothing lines. The twins have also launched their own podcast. Bella is a common fixture in wrestling video games and has appeared in 11 different WWE titles.

Early Life: Stephanie Nicole Garcia-Colace was born on November 21st of 1983 in San Diego, California. Older than her twin sister by 16 minutes, Nikki was raised on a farm in a suburb just outside of Scottsdale, Arizona. Both she and her twin became avid soccer players from a young age, and Nikki was initially dead-set on a future as a soccer pro until she suffered a career-ending leg injury.

After graduating from high school, Stephanie returned to San Diego to attend Grossmont College. However, she only lasted about a year before she relocated to Los Angeles, hoping to find work in the entertainment industry. In the early days, she worked as a waitress while trying to secure an agent. Once she found representation, Bella found it relatively easy to find modeling, acting, and promotional work. One of her first major TV appearances was in the reality show "Meet My Folks." She then participated in a Budweiser commercial during the World Cup, holding the famed soccer trophy aloft with her twin sister.

By 2006, she and her twin sister were participating in the 2006 "International Body Doubles" twins search. The Bella twins also participated in the 2006 WWE Diva Search. Both ventures ended in disappointment for the twins.

Career: The twins only had to wait for one more year before they were signed to the WWE in 2007. Quickly given the name "The Bella Twins," Nikki and Brie made their debut in Florida Championship Wrestling. During this period, Nikki also competed in bikini contests. Brie debuted in "Smackdown" in 2008 before Nikki was officially introduced. By this point, the twins had become famous for competing in tag team matches.

From 2011 to 2012, Nikki became Divas Champion for the first time. This was the start of a long reign for Nikki, although the pair left the WWE briefly before returning in 2013. After becoming the longest-reigning Divas Champion, Nikki retired in 2019. In 2020, the twins were inducted into the WWE Hall of Fame. 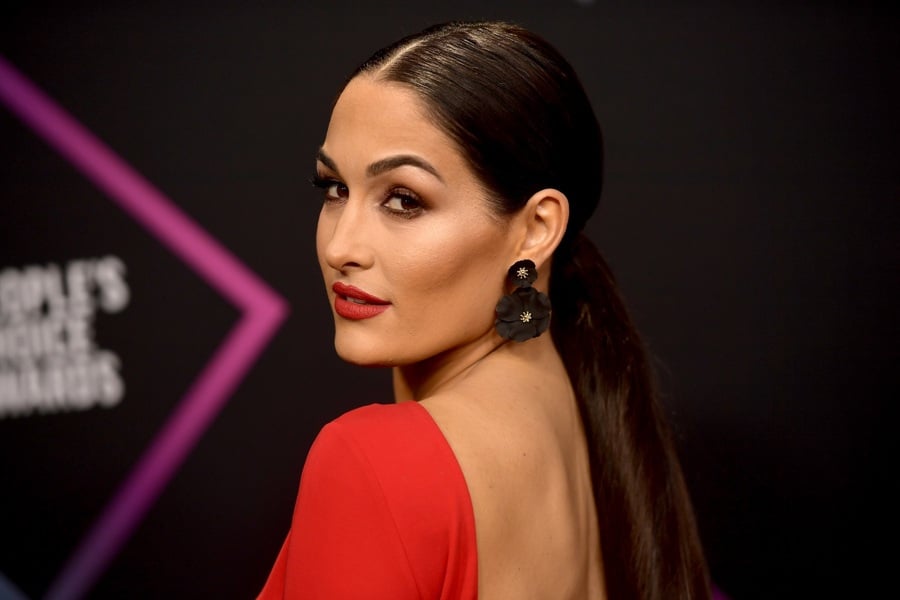 Film and Television: Outside of wrestling, the twins have appeared in a number of film and TV productions. In 2012, they made a guest appearance in MTV's "Ridiculousness." Another series of note include "Psych" and the reality show "Total Divas." In terms of film, they appeared in the 2014 movie "Confessions of a Womanizer" and voiced characters in the animated film "The Flintstones & WWE: Stone Age SmackDown." They have also appeared at the Miss USA 2013 pageant, the MTV Europe Music Awards, and the Teen Choice Awards.

In 2016, the duo started a YouTube channel together. In 2017, Nikki competed in "Dancing with the Stars." The twins also launched their own podcast in 2019, and have appeared in a number of WWE video games.

Business Ventures: The twins have launched a number of business ventures over the years, including a wine label called Belle Radici, a clothing line called Birdiebee, and a body and beauty line called Nicole + Brizee.

Relationships: Nikki initially married her high school sweetheart at age 20, although the marriage only lasted three years before ending in annulment. In 2012, Bella began dating fellow pro wrestler John Cena. Five years later, the pair were engaged. Cena proposed to her during WrestleMania 33 after the duo participated in a tag-team match together. Bella and Cena then suddenly called off the engagement and canceled the wedding in 2018.

After participating in "Dancing with the Stars," Bella began dating her dancing partner, Artem Chigvintsev. The pair started a relationship in 2019, and in 2020 they announced that they were engaged. Later in 2020, Nikki announced that she was pregnant with her first child. She and Artem welcomed their child into the world in the summer of 2020.

Real Estate: Aside from being a WWE legend and an entertainment figure, Nikki is also a fully-licensed real estate agent. In August of 2020, it was reported that Bella was selling her home in Arizona for just under $2 million. They had purchased the home just three months prior, leading observers to believe that this was never intended to be an actual home for Nikki and her then-fiancee, Artem Chigvintsev. She listed the 10,000-square-foot home for $1.995 million. The residence features five bedrooms and three fireplaces.

In October of 2020, it was reported that Nikki and her twin sister were settling in Napa Valley. The twins explained that they were "always in California," and they did tremendous amounts of business in the state before making the decision to move. In an interview, both women stated that they wanted to downsize and move to their "favorite state." Nikki also explained that this was the reason she had sold her home in Arizona. The twins also announced plans to expand their wine-making operations in Napa Valley. 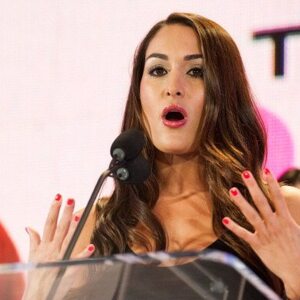