Nathan Jones net worth: Nathan Jones is an Australian actor, powerlifter, strongman, and professional wrestler who has a net worth of $2 million. Nathan Jones was born in Gold Coast, Queensland, Australia in August 1969. As an actor he has starred in the films Police Story 4: First Strike, Troy, Fearless, The Condemned, Asterix at the Olympic games, Muay Thai Giant, Conan the Barbarian, Charlie's Farm, Mad Max: Fury Road, Boologam, and Never Back Down: No Surrender. Jones won first place at the World Strongman Challenge in 1996, the World Strength Championship in 1995, and Australia's Strongest Man in 1995. As a wrestler Jones was the WWA World Heavyweight Champion for World Wrestling All-Stars and competed in World Wrestling Entertainment where he was aligned with The Undertaker. 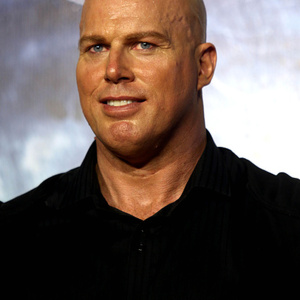