He has worked for pay-per-views and Fox, Fox Sports Net and Spike TV. He is also the host of the Spike TV program UFC Unleashed, and the studio host for college football telecasts on FSN for the teams in the Big 12 and Pacific 10 conferences. Goldberg's wife Kim is of Japanese Canadian descent, the have one daughter and a son. The family currently resides in Phoenix, Arizona with their two dogs Bailey and Prada. Some of his other credits include; serving as the announcer for the Lingerie Bowl, a play-by-play commentary for FSN's broadcasts of the Red Bull Air Race World Series, and co-host of Shaq Vs. Shaquille O'Neal's sports reality television show. 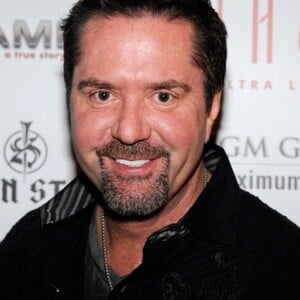