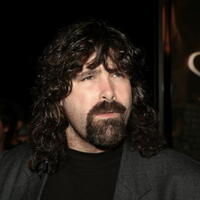 What is Mick Foley's Net Worth?

Mick Foley is an American former professional wrestler, actor, author, and comedian who has a net worth of $14 million. In 1991 Mick Foley got his big break, joining World Championship Wrestling. From 1994 to 1996 Foley wrestled for ECW and Smoky Mountain Wrestling, as well as wrestling in Japan. He signed with the World Wrestling Federation in 1996. In the WWF/WWE he was known as Cactus Jack, Mankind, and Dude Love. His wrestling style has earned him the nickname "The Hardcore Legend". Over his career he won three WWF Championships and the TNA World Heavyweight Championship. He also won 11 tag team titles. He was in the main event of Wrestlemania XV, losing in four way elimination match. Since retiring Foley has gone on to become an accomplished author, writing memoirs, fiction, and children's fiction.

Mick Foley was born Michael Francis on June 7th, 1965 in Bloomington, Indiana. His family is of Irish descent. He grew up with his older brother in East Setauket, New York. He attended Ward Melville High School where he played lacrosse and was on the wrestling team. One of his classmates was actor Kevin James who was also on the wrestling team. He went to college at the State University of New York College at Cortland and majored in communications. While he was a student there, he hitchhiked to New York City to see a wrestling match between his favorite wrestler, Jimmy Snuka and Don Muraco. At the steel cage match, Snuka did a flying body splash off the top of the cage, and Foley has stated that seeing this move inspired him to pursue a career as a professional wrestler.

Soon after attending the match, Foley began formally training at Dominic DeNucci's wrestling facility in Freedom, Pennsylvania. He would drive several hours from his college campus to go train and he debuted in June of 1986 at a match against Kurt Kaufman in Clarksburg, West Virginia. Most sources list the year of his debut as being in 1983, but Foley has stated this is incorrect and due to him lying early on in his career to appear as though he had more experience. He went by the name Cactus Jack Foley. While training under DeNucci, he and other students took part in a number of squash matches as jobbers. Squash matches are intentionally between two wrestlers of unequal talent with jobbers often losing badly. These were taped for WWF and appeared on "Prime Time Wrestling" and "Superstars of Wrestling." In one episode of the latter program, he went up against the Dynamite Kid and was hit so hard in the face that he could not eat solid food for weeks.

He remained in the independent circuit until the late eighties when he joined the Memphis-based Continental Wrestling Association for a brief period. From there, he went to Texas where he joined the World Class Championship Wrestling. He won several titles while there, including the company's light heavyweight title. After a long period of struggling to make his wrestling career financially profitable, he was offered a contract with World Champion Wrestling, but he soon left to sign with Herb Abram's Universal Wrestling Federation. He was still not completely satisfied with UWF, and he left to sign with Tri-State Wrestling in 1991. The company later became known as Extreme Championship Wrestling. He found that he thrived in the higher energy and violent style that Tri-State provided. On one particular night called the Tri-State Summer Sizzler, Foley was in three intense matches and caught the eye of World Championship Wrestling promoters. He soon began working for WCW full-time.

It was at WCW that Foley developed and refined his wrestling personality. He performed under the name Cactus Jack and debuted as a heel or villain and fought against Sting, who is often regarded as one of the best professional wrestlers. In his matches he would often laugh hysterically at his opponents and had a signature move in which he would shriek while jumping at his opponents and choking them while yelling his catchphrase "Bang-Bang." He became a favorite among fans and shifted away from playing the villain in 1993 when he began a feud with the notoriously fierce Vader. During one of their matches, promoters wanted to involve an injury storyline. They removed the protective mats from the ring, and Vader powerbombed Foley on the concrete. This resulted in a concussion and temporary loss of sensation in his left leg. The narrative was that Cactus Jack became insane, was institutionalized, and then developed amnesia. In a match against Vader in 1994, Vader split Foley's ears and then ripped his right one off. The referee picked up the ear, and the fight continued. As Foley was scheduled to fight in a pay-per-view match soon after, he had to decide whether he wanted his ear reattached or to fight in the match and choose to fight. Later in 1994, he left WCW to work for Paul Heyman's Extreme Championship Wrestling, but as part of his gimmick, he engaged in a contentious relationship with the fans. 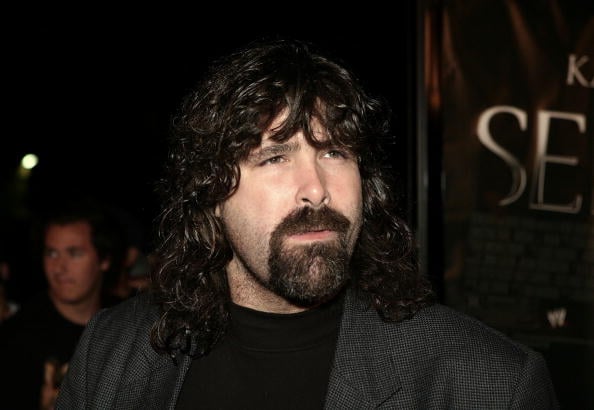 In 1996, Foley got a contract with the World Wrestling Federation, and they wanted to rebrand and use a different persona. Initially, they wanted him to wear a leather mask, carry chains, and be known as Mason the Mutilator. This proved to be too dark, so they settled on the name Mankind and dropped the chains. Mankind had a number of unique signatures including squealing, shrieking "Mommy," pulling out his hair, speaking to a rat named George, and using the catchphrase "Have a Nice Day." Foley enjoyed a great deal of success during his time under WWF, and in 1998, he, under the persona Mankind, won his first WWF championship title in a match against The Rock.

Foley retired from active competition in 2000 and began working as a storyline WWF Commissioner. His retirement was not permanent, and in 2004 he resumed work with WWE under his Cactus Jack persona. He would continue to wrestle and serve as a referee and in other capacities throughout the 2000s.

Foley is a "New York Times" bestselling author and has written five memoirs. He has also written four children's books and two fiction novels. He was featured in the 1999 wrestling documentary "Beyond the Mat" as well as in the 2009 wrestling documentary "Bloodstained Memoirs." He has appeared on "Family Feud," "Who Wants to Be A Millionaire?," "The Daily Show with Jon Stewart," and he and his family took part in the reality television show "Celebrity Wife Swap." He voiced characters on the shows "Avatar: The Last Airbender" and "Squidbillies." He married his wife, Collette, in 1992, and they have four children together.