Michael Cole net worth: Michael Cole is an American professional wrestling commentator who has a net worth of $4 million dollars. Born in Syracuse, New York, Michael Cole, also known as Michael Sean Coulthard, began his professional career working as a journalist for CBS Radio. He covered such important stories as the 1988 and 1992 Presidential Campaigns, the siege at the Branch Davidian complex, and the Oklahoma City bombing.

He began working for the WWF/WWE in 1997, providing voiceovers, and then serving as an announcer and backstage interviewer. Since then he has become the primary commentator for WWE "Smackdown!". He has become increasingly involved in wrestling storylines over the years, and is portrayed as a heel. In September 2012, his fellow commentator, Jerry Lawler, suffered a real heart attack during a live broadcast of WWE "Raw". His handling of the emergency was hailed as exemplary, and he is currently being shifted into face storylines in keeping with the groundswell of support he has received from viewers. 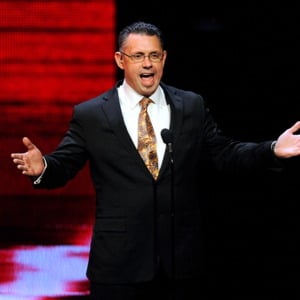