Matt Hardy net worth: Matt Hardy is an American professional wrestler who has a net worth of $5 million dollars. Matt Hardy grew up in North Carolina, and played multiple sports when he was child and teenager. An excellent student, he was nominated for the "Morehead Award", a scholarship that could be put toward any North Carolina university the student chose.

He went on to attend the University of North Carolina at Charlotte, where he majored in Engineering. He was forced to drop out after his father became ill. He subsequently earned his Associate's Degree from Sandhills Community College. With his brother, Jeff, and their friends, he started his own wrestling federation. They won several North Carolina matches, and in 1994, he began wrestling for the WWE, sporadically. From 2001-2005, he competed as a solo competitor, and then took some time off to recover from a knee injury. Since returning, he has become immensely popular. In early 2014, he was arrested on assault charges. 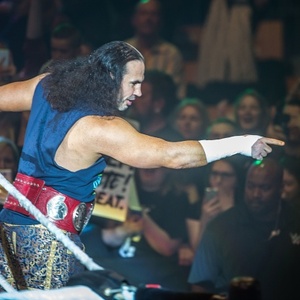