Magno Net Worth: Magno is a Mexican professional wrestler who has a net worth of $1 million. Magno was born August 17, 1984 in El Paso, Texas. He is best known for his brief appearances in Total Nonstop Action Wrestling (TNA). He has also wrestled within the United States independent circuit of Ring of Honor, Chikara and the National Wrestling Alliance.

He is an independent El Paso/Ciudad Juarez-based luchadore who often turns up as a Lucha Libre representative in the United States. As a relatively unknown wrestler, TNA brought him in as part of Team Mexico's World X-Cup and Magno became better known to the wrestling industry. On Team Mexico he worked with the likes of Puma, Incognito and Shocker, who led them. The team finished in 3rd place with Team USA in 1st place, Team Canada in 2nd place and Team Japan in last place. After TNA, Magno went on to wrestle on the independent circuit in the United States and Mexico, where he continues to make appearances. On the March 28, 2013 episode of Impact Wrestling, Magno returned to TNA as it was announced that he would be competing in a TNA Gut Check match against Adam Pearce. On the April 4, 2013 episode of Impact Wrestling, Magno lost to Adam Pearce due to Pearce holding the ring ropes in a TNA Gut Check match. On the April 11th episode of Impact Wrestling, Magno was denied a contract to TNA Wrestling as a result of the 'gut check' votes. He trained at the WWE Performance Center in 2015 and briefly wrestled in NXT in 2016. 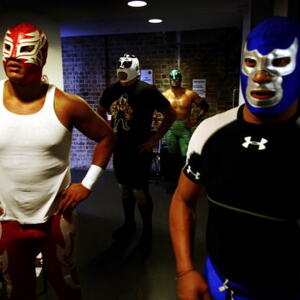