Lisa Marie Varon net worth: Lisa Marie Varon is an American professional wrestler, former bodybuilder, and fitness competitor who has a net worth of $1.5 million. She is best known as a two-time WWE Women's Champion and for competing in Total Nonstop Action Wrestling. She has also appeared in WWF Raw, Tarafied, and WWE Divas Do New York.

Varon started her career competing in fitness competitions and won ESPN2's Fitness America Series in 1997. Soon after, she met Chyna (another WWE female performer), who encouraged her to become a wrestler and three years later, "Victoria" which was her ringname at the time, was born. Her first television appearance was at WrestleMania 2000 as one of The Godfather's Hos, and in 2009, she left to join the ranks of Total Nonstop Action Wrestling. Varon was born in San Bernardino, California on February 10, 1971 and studied biology at UCLA, and medicine at Loma Linda University, with plans to become a physician. She started working as a Human Tissue Coordinator at the Inland Eye and Tissue Bank in Redlands, California, and during that time also became personal trainer and aerobics instructor. She went on to compete in fitness competitions, and eventually found her way to professional wrestling. She has been married to Lee Varon for since 1998 and the couple currently lives in Chicago, Illinois. 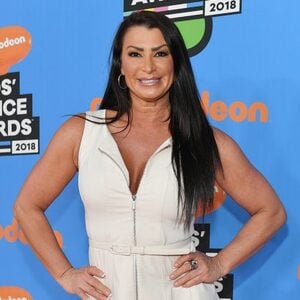