Lex Luger net worth: Lex Luger is an American former professional wrestler, football player and television producer who has a net worth of $400 thousand. Born in Buffalo, New York on June 2, 1958, Luger's birth name is Lawrence Wendell Pfohl. Standing at six feet and four inches and weighing 275 pounds, Luger was is also known to the WWE as "The Total Package.

He is a three-time world champion wrestler, and he has held titles such as WCW World Heavyweight Champion, WWA World Heavyweight Champion, and NWA/WCW World Heavyweight Champion. He won the Royal Rumble in 1994 and was voted Most Popular Wrestler of the Year in 1993. Luger was billed from Chicago, Illinois and was trained by Bob Roop, Hiro Matsuda, and Barry Windham. Luger attended Pennsylvania State University on a football scholarship and later attended the University of Miami and later sat out in the season after considering changing his sport to soccer. Luger eventually signed to the Green Bay Packers but never played a game. He made his professional wrestling debut in 1985 and won his first NWA United States Heavyweight Championship in 1987. Luger had a few different personas during his run with the World Wrestling Federation. In 1993 he was referred to as "The Narcissist," and would incorporate full-length mirrors and self-admiration in every fight. From 1993 to 1993 he was recognized as "The All-American. In 1995, Luger was part of tag a team with Davey Boy Smith called "The Allied Powers. Luger retired from professional wrestling in 2005 and has endured several injuries, including a temporary quadriplegic state. He is currently divorced from his ex-wife, Peggy, and has two children by the names of Brian and Lauren Ashley. 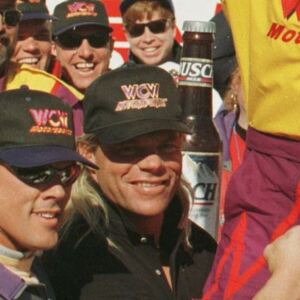