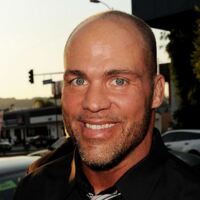 What is Kurt Angle's Net Worth?

Kurt Angle is a former professional heavyweight wrestler who has a net worth of $5 million. Kurt Angle is best known for competing in the WWE and TNA. Additionally, as a freestyle wrestler, he won the gold medal at the Olympics in Atlanta in 1996. Regarded as one of the greatest pro wrestlers in history, Angle has won over 20 championships, including 13 world championships.

Kurt Angle was born in 1968 in Mt. Lebanon Township, Pennsylvania to parents Jackie and David. He has four older brothers, and had a sister who passed away in 2003. Angle is of Irish, English, Lithuanian, German, and Italian descent. He began amateur wrestling at the age of seven. As a teen, Angle went to Mt. Lebanon High School, where he competed in varsity wrestling and football. He then transferred to Canon-McMillan High, where he was undefeated on the freshman wrestling team. As a senior in 1987, he became the Pennsylvania State Wrestling Champion. After graduating, Angle enrolled at Clarion University of Pennsylvania, where he continued his amateur wrestling career. In college, he was a two-time NCAA Division I champion and a three-time NCAA Division I All-American.

Following his graduation from college, Angle won a gold medal in freestyle wrestling at the 1995 FILA World Wrestling Championships in Atlanta, Georgia. He subsequently won the freestyle wrestling gold medal at the 1996 Olympics, also in Atlanta; he achieved this feat with a broken neck. Angle is one of only four athletes to complete an amateur wrestling Grand Slam, with wins at the Junior Nationals, NCAA, World Championships, and Olympics.

Although initially averse to professional wrestling, which he considered to be inferior to the real deal, Angle started to be won over when he saw WWF's "Monday Night Raw" in 1998. Shortly after, he signed a five-year deal with the World Wrestling Federation. Following only days of training, Angle had his debut match within the developmental league Power Pro Wrestling. He went on to make his in-ring WWF debut at Survivor Series, where he defeated Shawn Stasiak. In March of 1999, Angle participated in his first televised WWF storyline. His greatest success yet came a year later, when he won both the European Championship and the Intercontinental Championship. Just four months after that, he won the King of the Ring tournament. Angle capped off the year by winning the WWF Championship in October, making his rookie year among the greatest in professional wrestling history.

Angle racked up a plethora of achievements and accolades throughout his 18-year WWF and WWE career. Among them, he won the WWF/WWE Championship title four times. He also held the World Heavyweight Championship title and the WCW Championship title. Angle's accomplishments make him the tenth Triple Crown champion in WWE history. In honor of his legacy, he was inducted into the WWE Hall of Fame in 2017. 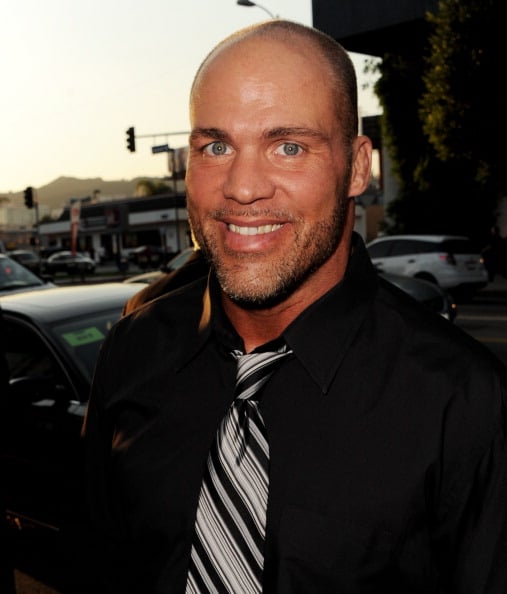 After leaving the WWE in 2006, Angle joined Total Nonstop Action Wrestling. He went on to become the inaugural TNA World Heavyweight Champion, a title he defended a record six times. Additionally, he became the second TNA Triple Crown winner, and twice won King of the Mountain. As part of TNA, Angle made appearances for both New Japan Pro-Wrestling and the Inoki Genome Federation, winning the IWGP Heavyweight Championship in 2007. Angle was inducted into the TNA Hall of Fame in 2013, making him only the second wrestler after Sting to be inducted into both the WWE and TNA Halls of Fame.

Angle has fought for a handful of other promotions beyond WWF/WWE, TNA, and Japan. In 2012, he made his debut for Lucha Libre AAA Worldwide at Triplemania XX, where he teamed up with Jeff Jarrett to face Team Joaquín Roldán. Four years later, on the independent circuit, Angle competed for URFight in a match against former WWE rival Rey Mysterio. Shortly after this, he wrestled for Revolution Pro Wrestling, beating Zack Sabre Jr. Among the other promotions Angle has competed for are Insane Championship Wrestling and Northeast Wrestling.

Outside of wrestling, Angle has pursued acting as a career. He made his film debut as a racist prison deputy in the 2008 short film "Chains." The next year, he played a serial killer in "End Game." In 2011, Angle was in "Dylan Dog: Dead of Night," and had a starring role as a town sheriff in the horror film "River of Darkness." The same year, he played a Russian MMA champion in the sports drama "Warrior." Angle's other film credits have included "Death from Above," "Pain & Gain," "Pro Wrestlers vs Zombies," and "The Last Witch Hunter."

On television, Angle has mostly appeared on reality programs and competition shows. He has competed on "The Weakest Link" and "Pros vs. Joes," and been in episodes of "Criss Angel Mindfreak," "Extreme Makeover: Home Edition," and "Duck Dynasty." Additionally, he played a wrestling coach in an episode of the short-lived cable series "Those Who Can't."

In 1998, Angle married professional wrestling valet Karen Smedley. The couple had two children, and divorced in 2008. Subsequently, Angle wed actress Giovanna Yannotti, with whom he has four children. The fourth child, a son, was adopted from Bulgaria.

Angle has had multiple run-ins with the law over his career, including several arrests for DUI. He was also arrested for allegedly stalking his girlfriend Trenesha Biggers, who had filed a protection from abuse order against him in 2009.