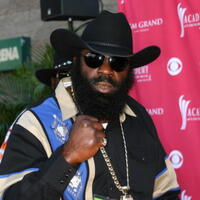 What was Kimbo Slice's Net Worth?

Kimbo Slice was a Bahamian-born American boxer and a mixed martial artist who had a net worth of $500 thousand dollars at the time of his death. He became famous for street fights which were publicized across the internet. Rolling Stone once dubbed Slice as "The King of the Web Brawlers".

Kimbo Slice was born Kevin Ferguson on February 8, 1974 in Nassau, Bahamas. He moved to the U.S. as a child and grew up in Cutler Ridge, Florida. He and his siblings were raised by his mother Rosemary Clarke. Kimbo allegedly got into his first fist fight at school at the age of 13 while trying to defend a friend. He went to Miami Palmetto High School where he was a star football player and was the middle linebacker. He attended Bethune-Cookman University and the University of Miami on an athletic scholarship and studied criminal justice.

He worked as a bouncer for a strip club until his high school friend and eventual manager, Mike Imber, offered him a job as a limousine driver and bodyguard for RK Netmedia. RK Netmedia was otherwise known as Reality Kings, which was a Miami-based adult-movie production and promotion company. Ferguson was unfortunately charged with carrying a concealed weapon in 2002. In 2003, he began his career in mutual combat street fighting. Videos of the fights were distributed online mostly through the adult website Sublime Directory.

In his first taped fight against a man named Big D, Ferguson left a large cut on his opponent's right eye which led Internet fans to call him "Slice". The name stuck and he tagged his childhood nickname "Kimbo" with the last name "Slice" and Kimbo Slice was born. His only on-tape street fight loss was against Sean Gannon, a former Boston police officer who was also trained in MMA. The popularity of the fight propelled both men into the MMA spotlight. 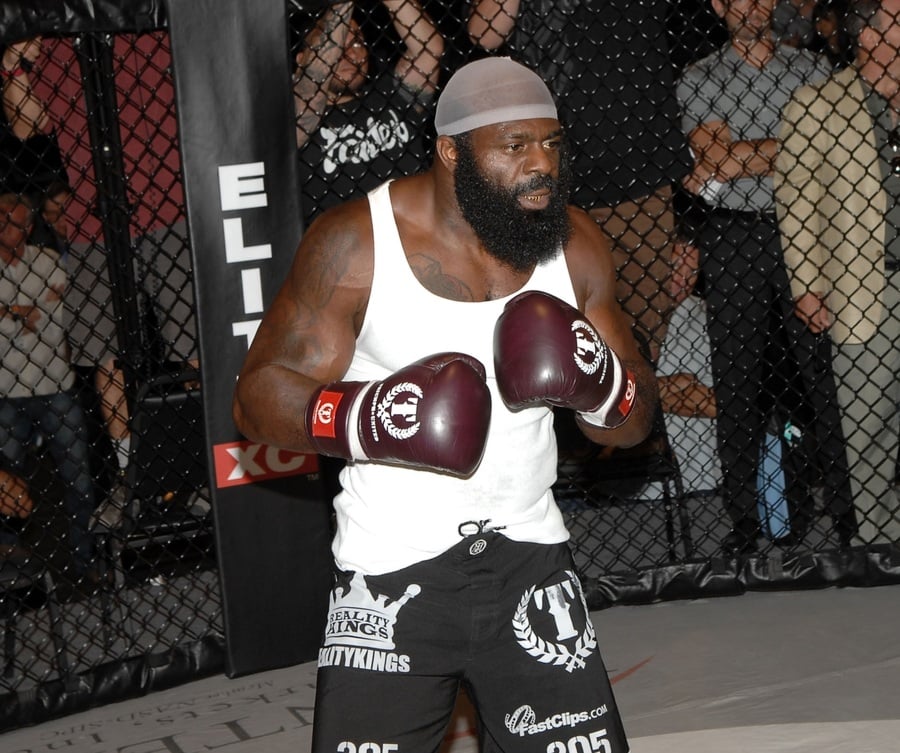 Slice made his sanctioned MMA debut against former WBO Heavyweight champion boxer Ray Mercer at Cage Fury Fighting Championships 5, in Atlantic City on June 23, 2007. The match was scheduled as a three-round exhibition with all professional rules of MMA combat. Slice defeated Mercer with a guillotine choke at 1:12 into the first round. On October 11, 2007, Proelite.com announced they had signed Slice to a deal. Kimbo went on to defeat Cantrell 19 seconds into the first round by submission due to punches. Icey Mike Imber is not only one of Kimbo's best friends, but he has also managed Kimbo's career since day one.

In May 2008, Slice was featured as the main fighting event of the first ever MMA event shown on the primetime TV network EliteXC: Primetime. EliteXC was forced to file bankruptcy in October of that same year. After they ceased operations, President of the Ultimate Fighting Championship Dana Whitetold Slice if he wanted to compete for the UFC he would have to first compete on the TV show "The Ultimate Fighter." Slice appeared on the show and fought and defeated Houston Alexander on December 5, 2009. Slice made his official pay per view and heavyweight debt on UFC on May 8, 2010. However, it was short-lived: He lost to Matt Mitrione and White released him from the UFC.

After his career with the UFC ended, Slice announced his intention to become a pro boxer in August 2010. He made his pro boxing debut on August 13, 2011 in Miami, Oklahoma and won his first fight against James Wade via KO in just ten seconds in the first round. He was set to make his pro wrestling debut in February 2011 against sumo wrestler Shinichi Suzukawa in Japan but he pulled out of the match due to an injury. Slice returned to the boxing ring a couple of months later and defeated Tay Bledsoe in the first round. He fought next in Australia in January 2013, defeating Shane Tilyard in the second round.

After five years since his last MMA fight, Bellator MMA announced that Slice had signed a multi fight deal in January 2015. He defeated Ken Shamrock by TKO at his debut at Bellator 138 on June 19, 2015. Slice faced Dada 5000 at his next match at Belator 149 on February 19, 2016. He went on to win via TKO when Dada collapsed from exhaustion in round three. After the match, it was reported that traces of steroids had been found in Slice's pre-fight drug test. He was fined $2,500 by the Texas Athletic Commission and his fighting license was revoked, and the status of the match was changed to No Contest. Bellator President Scott Coker in April 2016 announced that Slice would have a rematch against James Thompson on July 15 2016 at London's O2 Arena, but sadly Slice died before the fight could take place.

Slice married L. Shontae Ferguson in May 1994. They had three children, RaeChelle, Kevin II, and Kevinah. Slice also had three grandsons and a granddaughter. At the time of his death, Kimbo was engaged to long-time love Antionette Ray.

Kimbo was admitted to a hospital on June 5, 2016 near his house in Coral Springs, Florida. He died on June 6, 2016 of heart failure at 42 years old. His autopsy also revealed that he had a mass on his liver when he died.