He has also competed under his birth name Kevin Steen and wrestled in the International Wrestling Syndicate, Combat Zone Wrestling, Pro Wrestling Guerilla, and Ring of Honor before joining the WWE. Owens was the ROH World Champion as well as the ROH World Tag Team Champion with El Generico (Sami Zayn). He started out in the WWE with NXT where he would hold the NXT Championship. Kevin Owens made his WWE main roster debut in 2015. He has been the WWE Universal Champion as well as a multiple time WWE Intercontinental Champion and a multiple time WWE United States Champion. 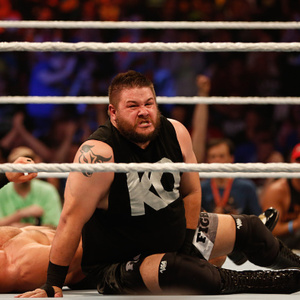