Kelly Kelly net worth: Kelly Kelly is an American model and professional wrestler who has a net worth of $2 million. Kelly Kelly was born Barbara Jean Blank in Jacksonville, Florida in January 1987. She is experienced in gymnastics and cheer-leading and wanted to be a television anchor. Kelly has modeled for Hawaiian Tropic and Venus Swimwear.

She was signed by the WWE in 2006 and debuted on ECW the same year. She was featured in the weekly segment Kelly's Expose and became a valet to wrestler Mike Knox. Kelly Kelly formed the group Extreme Expose with Brooke Adams and Layla. Kelly started wrestling and was moved to the Raw brand in 2008. She often wrestled for the WWE Divas Championship but was unsuccessful until April 2011. She was released from the WWE in 2012 and started wrestling on the independent wrestling circuit. From 2015 – 2018 Kelly Kelly was featured in the E! reality television series WAGS – which stands for wives and girlfriends of sportsmen – thanks to her relationship with professional hockey player Sheldon Souray. Kelly and Sheldon were married from February 2016 to 2017. 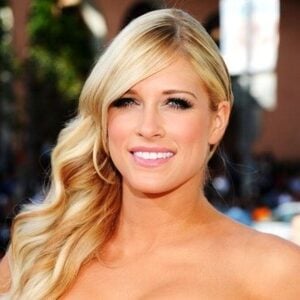