Kane net worth: Glenn Thomas Jacobs, better known by the stage name of Kane, is a Spanish born professional wrestler who has a net worth of $9 million. Kane earned his net worth as the three–time world wrestling champion. He is a 12-time WWE Tag Team Champion, holding the title with various partners including notably Daniel Bryan.

Debuting under the name of Unabomb in 1992, Kane began his wrestling career in independent circuits. He then went on to join Smoky Mountains Wrestling, where he won the SMW Tag Team Championship. Switching his name to Doomsday, Jacobs won the USWA Heavyweight Championships. In the mid-nineties, Jacobs joined the World Wrestling Federation (now called WWE), changing his name to Kane. His time with WWE will be something to remember as he clocked up 23 Championships, winning the WWF and the ECW championship. Jacobs made wrestling history as he is the fourth person, along with Chris Benoit, to have held the World Heavy Championship title over a long period of time. In addition to all this, Jacobs is the first person to have claimed all WWE titles and is the third WWE Grand Slam Champion in history. He has won the Tag Team Champion nine times – once with his character's half brother, The Undertaker. 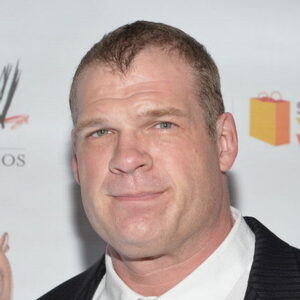