John Layfield aka JBL Net Worth

John Layfield aka JBL Net Worth: John Layfield is an American WWE commentator, Fox News analyst, and former professional wrestler who has a net worth of $9 million. John Layfield earned his net worth through his careers in wrestling, as a commentator and television appearances, as well as his many business ventures.

Born in Sweetwater, Texas, in 1966, John Layfield coached and played college football and had a brief run with the San Antonio Riders of the World League of American Football before he became part of the Global Wrestling Federation. He debuted in WWF in 1996 with a gimmick of a cowboy/mountain man. He would brand his opponents with the letters JB after winning and soon joined The New Blackjacks. As JBL, he portrayed a rich, fiery businessman, a persona he developed when working as a stock market investor. He is a 24-time WWE Champion, won a Triple Crown, and claimed a Grand Slam title, and has gone by nearly a dozen ring names, including Bad Santa, Blackjack Bradshaw, Death Mask, and Johnny Hawk. Layfield retired from the ring in 2009. He routinely appears as a guest on "The Cost of Freedom" on Fox News. He is the author of finance book "Have More Money Now" and hosts his own weekly radio show to discuss politics. Layfield is a WWE commentator who hosts a web series with fellow analyst Michael Cole called "The JBL and Cole Show" on YouTube. He and his second wife, Meredith Whitney, have been married since 2005. Layfield has no children from either marriage. 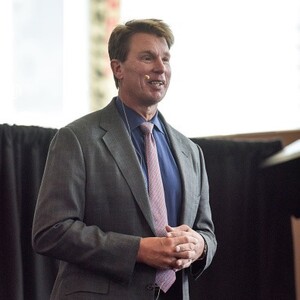