Hacksaw Jim Duggan net worth: Hacksaw Jim Duggan is an American professional wrestler who has a net worth of $2 million dollars. Hacksaw Jim Duggan was born in Glen Falls, New York, and excelled as an athlete throughout high school. He lettered in football, track, wrestling, and basketball, and went on to play college football for Southern Methodist University.

He graduated with a degree in Applied Plant Biology and then signed with the Atlanta Falcons of the NFL. He was subsequently released from his contract due to chronic knee injuries. He began his wrestling career in 1979, wrestling for Mid-South Wrestling and the Universal Wrestling Federation. He eventually caught the eye of Vince McMahon, Sr., and made his World Wrestling Federation debut in 1987. He went on to win the first "Royal Rumble" in 1988, and wrestled on the WWF circuit through the early 90s. He began wrestling for the WCW in 1994, and then had to step away from wrestling to battle liver cancer. He returned in 1998. Since then, he has gone back and forth between wrestling on the independent circuit and for World Wrestling Entertainment. 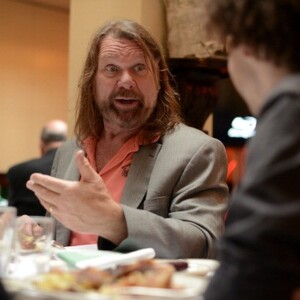