What is Jerry Lawler's Net Worth?

Jerry Lawler is an American semi-retired professional wrestler and WWE commentator who has a net worth of $1.5 million. Also known by his fans simply as "The King," Lawler is a central part of the WWE and currently works as a color commentator. During his wrestling career, he first fought with a number of organizations before joining the WWE in 1992.

During his career, he developed a notable feud with Andy Kaufman. Lawler held more recognized championships than any other professional wrestler in history, although interestingly he has never won a single WWE championship. He was inducted into the WWE Hall of Fame in 2007, however. Jerry has also been quite active in the entertainment world, and he portrayed himself in the 1999 film "Man on the Moon."

Jerry O'Neil Lawler was born on November 29th of 1949 in Memphis, Tennessee. He spent part of his early childhood in Ohio due to his father's work at a Ford Motor Company assembly plant in Lorain. From the age of 7 to 15, Lawler lived with his family in Amherst, Ohio, near Cleveland. During this period, Jerry came to love Ohio and Cleveland, and he became a die-hard fan of the Cleveland Indians, the Cleveland Browns, and the Cleveland Cavaliers. However, Jerry also spent much of his early life in Memphis. Lawler's father passed away when he was 19.

Jerry began his career in the Continental Wrestling Association in 1977. He spent a total of 12 years with this organization. During his time with the Continental Wrestling Association, he also fought with the American Wrestling Association for two separate stints during the 80s. Towards the end of the 80s, he was associated with the United States Wrestling Association and continued to fight for the organization until 1997. However, he had also joined the WWF as early as 1992. During this period, he was known for his feuds with Bret Hart and Doink the Clown. By the late 90s, he was only wrestling on a part-time basis, and he had begun to move towards commentating. He ultimately left the WWF in 2001, fighting in the independent circuit for a time before returning to the newly formed WWE. During this period, he continued to wrestle and commentate before moving towards full-time commentating.

Despite being a commentator for World Wrestling Entertainment for almost 20 years, he is probably most famous for his feud with comedian Andy Kaufman. In 1982, Jerry Lawler made national news when he feuded with Andy Kaufman, a feud which began when Andy Kaufman took his comedy act—where he wrestled women and claimed to be the inter-gender wrestling champion of the world—too seriously. When Andy fought Jerry, Andy was hospitalized after being served the 'piledriver' move. The two later got into an infamous confrontation on Late Night With David Letterman, the segment ending with Kaufman launching into an obscene tirade that ended with NBC threatening Kaufman with never working on their network again and Kaufman suing the network for $200 million. 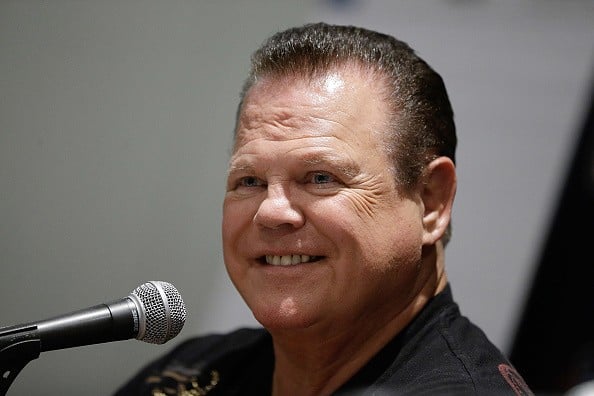 In 2012, Lawler suffered a heart attack after performing at "Raw" alongside Randy Orton, CM Punk, and Dolph Ziggler. He collapsed at the announcers' table, leaving Cole to Michael Cole to commentate alone while the WWE sought medical assistance for Jerry. He received CPR and starting breathing independently. However, he was clinically dead for close to 30 minutes. Shortly thereafter, Lawler underwent an angioplasty to improve his heart's blood flow and slowly began to recover. Fortunately, doctors confirmed that he was exhibiting no signs of brain damage despite being legally dead for so long. After an investigation, it was discovered that the heart attack was caused by an "unexplained cardiac arrest" rather than a blocked artery. He was then cleared to return to the WWE.

Outside of wrestling, Jerry Lawler has explored a wide range of additional ventures. In the late 70s, he released a number of musical singles and had sporadically released additional music throughout the years.

In the 80s, Lawler had his own talk show on a Memphis television channel called "The Jerry Lawler Show." In 1998, he appeared as himself in the film "Man on the Moon," starring Jim Carrey. The two apparently did not get on well, and there were several incidents during filming. Carrey once spat on Jerry, prompting Lawler to grab Carrey and put him into a sleeper hold. This resulted in Carrey being sent to a nearby hospital.

In 1999, Lawler attempted to become the new mayor of Memphis, Tennessee. He received just under 12% of the vote. Jerry is also known for his work as a commercial artist, and he painted the cover of the wrestling comic book "Headlocked." In 2016, he and a business partner opened a wrestling-themed bar in Memphis, Tennessee. He then opened another BBQ restaurant in Cordova, Tennessee in the following year.

In 2017, Jerry Lawler launched the podcast "Dinner with the King." The podcast is co-hosted by Glenn Moore, but it was eventually shut down after Moore faced allegations of scamming Lawler fans who wanted to buy artwork and merchandise from Jerry. In 2019, Jerry started a new podcast along with Scott Reedy called "The Jerry Lawler Show."

Jerry Lawler's family is quite active in the wrestling world as well. His cousin is none other than The Honky Tonk Man, who is another professional wrestler. His son from his first wife went on to become a professional wrestler as well, performing under names like "Brian Christopher" and "Grandmaster Sexay." Brian ultimately committed suicide in 2018. He was found hanging in a jail cell, and Jerry later sued the County Sherriff responsible for his supervision. Jerry's other son Kevin also became a wrestler and worked as a referee. Kevin was later arrested for trespassing and aggravated burglary. 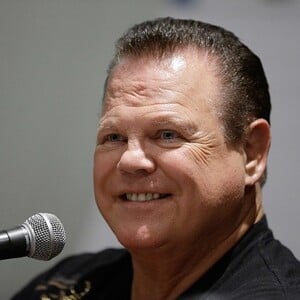