Jeff Jarrett Net Worth: Jeff Jarrett is an American professional wrestler and wrestling promoter who has a net worth of $15 million. Jeff Jarrett was born in Hendersonville, Tennessee in July 1967. Jeff is a third generation wrestler. He first worked for his father Jerry Jarrett's Continental Wrestling Association in 1986 as a referee.

He was trained by his father and Tojo Yamamoto and debuted in a match in April 1986. He wrestled for his father's United States Wrestling Association and on the independent circuit. Jeff joined the World Wrestling Federation in 1993 and wrestled there until 1996. His gimmick was a country music singer and he used the nickname "Double J". From 1996 to 1997 he wrestled for World Championship Wrestling before returning to the WWF from 1997 to 1999. He then re-joined WCW in 1999 until he was fired live on air by Vince McMahon in 2001. He wrestled for World Wrestling All-Stars from 2001 to 2003. Jeff and his father created J Sports and Entertainment and started Total Nonstop Action Wrestling in 2002. He wrestled for TNA off and on through the years and resigned from TNA Entertainment in 2013 but remained an investor. He has wrestled for the Mexican promotion Asistencia Asesoria y Administraction (AAA) since 2004 off and on. He started Global Force Wrestling in April 2014. Jeff was the WCW World Heavyweight Champion four times, NWA World Heavyweight Champion six times, and WWF Intercontinental Champion six times. Jeff Jarrett married Karen Smedley (formerly Karen Angle) in 2010. 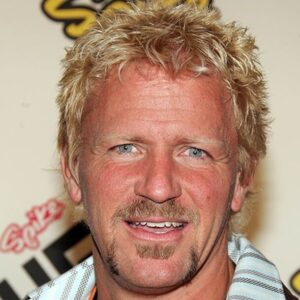