Jeff Hardy Net Worth: Jeff Hardy is an American professional wrestler, singer-songwriter, and musician who has a net worth of $8 million dollars. Jeff Hardy was born on August 31, 1977 in Cameron, North Carolina where played football during high school as a fullback and linebacker and briefly competed in amateur wrestling. His mother died of brain cancer in 1986, when Hardy was nine.

Hardy cites Sting, The Ultimate Warrior, and Shawn Michaels as his childhood inspirations to wrestle. Hardy had been on World Wrestling Federation (WWF) television as a jobber-a wrestler who consistently loses to make his opponents look stronger-as early as age sixteen. His first WWF match was against Razor Ramon on May 23, 1994 in Youngstown, Ohio under the pseudonym Keith Davis. He was signed to Total Nonstop Action Wrestling (TNA) from 2000 to 2017. He returned to Ring of Honor in 2017. Hardy has experienced great success as a singles wrestler and is a six-time world champion, having held the WWE Championship once, the World Heavyweight Championship twice and the TNA World Heavyweight Championship three times, a four-time Intercontinental Champion, and has held the Light Heavyweight, and European Championships once each. He is also a former Hardcore Champion, having held the championship on three occasions. Between WWE and TNA, Hardy has won dozens of championships. 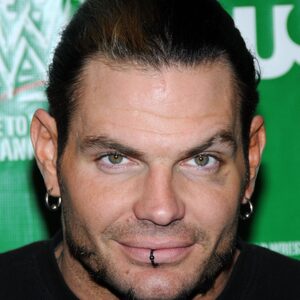