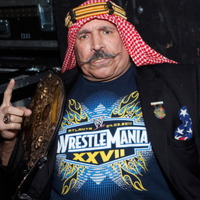 What is the Iron Sheik's Net Worth?

The Iron Sheik is a semi-retired Iranian professional wrestler and actor who has a net worth of $500,000. Hossein Khosrow Ali Vaziri established himself as a heel (a villain in wrestling lingo) during the 80s, and he eventually won the WWF World Heavyweight Championship in 1983. He was especially well-known for his rivalry with Hulk Hogan, which became a central talking point of the wrestling world during the 80s. Towards the end of his career, he teamed up with Nikolai Volkoff. In 2005, he was officially inducted into the WWE Hall of Fame.

Outside of his wrestling career, the Iron Sheik also gained a considerable following with appearances in various entertainment projects. He has appeared on "The Howard Stern Show" many times, which won him a number of fans. Vaziri later admitted to suffering from serious substance abuse issues. He also suffered serious tragedy in his personal life, as his daughter was murdered by her boyfriend in 2003 at the age of just 27.

Hossein Khosrow Ali Vaziri was born on March 15th of 1942 in Damghan, Iran. In truth, however, Vaziri isn't quite sure where he was born exactly. There are certain inconsistencies with his birth certificate, and he later stated that his parents were moving quite often between Afghanistan and Iran around the time he was born. Raised in a working-class family with no running water, Khosrow was inspired by Olympic Wrestler Gholamreza Takhti at an early age.

He later became an amateur wrestler in Iran and started working as a bodyguard for Shah Mohammad Reza Pahlavi, one of the most powerful men in the country. During this period, he also tried to join Iran's national Greco-Roman wrestling team for the 1968 Olympics, but he didn't earn a spot. During the 70s, Vaziri relocated to the United States and worked as an assistant coach for two U.S. Olympic squads. He also continued to compete, and he won the gold medal at the Amateur Athletic Union Greco-Roman Wrestling Championships in 1971.

During the early 70s, Khosrow developed his signature style and image while working with Verne Gagne and the American Wrestling Association. It quickly became clear that Vaziri was best suited to a career as a villain, and he based his persona around that of the Sheik. Khosrow shaved his head, grew out a traditional mustache, and initially performed the stage name The Great Hossein Arab.

In 1979, he joined the World Wrestling Federation and made his debut in Madison Square Garden, New York City. However, the Iranian later departed in 1980 and joined Jim Crockett Productions. During this time, he changed his stage name to "The Iron Sheik." He would leave Jim Crockett Productions to compete in Mid-South Wrestling in 1981, before leaving this organization as well in favor of Championship Wrestling from Florida. After another stint with Georgia Championship Wrestling, The Iron Sheik finally returned to the WWF in 1983.

The Sheik started his return to the WWF by beating Bob Backlund, winning the WWF World Heavyweight Championship. He then defended his title against numerous contenders before losing to Hulk Hogan in 1984. This defeat marked the beginning of "Hulkamania" in the WWF. During the mid-80s, the Sheik teamed up with Russian wrestler Nikolai Volkoff to form a much-hated tag team of villains. The pair often tried to provoke the crowd by insulting the United States and claiming that Russia and Iran were superior to America. 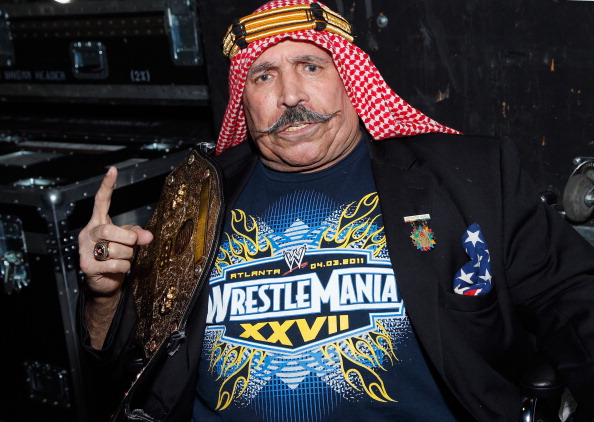 Vaziri's career took a major downturn when he was pulled over with Jim Duggan. The police suspected Duggan of a DUI, but they discovered that the Sheik was high on cocaine. Small amounts of cocaine were found in the vehicle, and Vazirir was put on a year of probation. This resulted in a brief departure from the WWF, although the Sheik was back in the ring by 1988. Another hiatus followed, with Vaziri returning to the WWF in 1992.

From 1996 onwards, The Iron Sheik would make only sporadic appearances in the WWF. IN 2005, was inducted into the WWF Hall of Fame. It was during this time that he started to become famous for his hatred-fueled rants against various wrestlers, including his arch-enemy Hulk Hogan. He has been on "The Howard Stern Show" on multiple occasions, and today his Twitter page is especially active. With these strategies, The Iron Sheik has remained relevant long after the end of his wrestling career.

In 1976, Vaziri married Caryl J. Peterson. They subsequently had three daughters, although their eldest daughter was murdered.

When his oldest daughter was 27, she was murdered by her boyfriend, who was later arrested and convicted. Vaziri stated that he once put a razor blade in his cheek before going to the murder trial, with the intention of pulling out the razor and killing his daughter's killer. Despite the fact that he fought off several court officers and reached the guilty man, he was finally pulled away by his family, who convinced him not to carry out the revenge killing.

The Sheik first started abusing drugs after becoming a professional wrestler in the United States. Although he started by taking marijuana, he later graduated to harder drugs, such as cocaine and crack. After his daughter was killed, he tried to get clean and stopped taking drugs cold turkey. However, he eventually relapsed. It took him several more attempts before he finally kicked the habit and became completely sober.