Okerlund was inducted into the WWE Hall of Fame in 2006 by Hulk Hogan. Okerlund has a lifetime contract with the WWE and makes occasional appearances. He started out in radio but joined the American Wrestling Federation in 1974. Okerlund joined the World Wrestling Federation in 1984. He was the first person to sing the National Anthem at WrestleMania I in 1985. He joined World Championship Wrestling in 1993 and returned to the WWE in 2001. In 2014 Okerlund inducted Mr. T into the WWE Hall of Fame and was a cast member on the reality series Legends' House. Outside of wrestling, Gene has lent his name to a fast food restaurant chain called "Mean Gene's Burgers" and a pizza chain called "Mean Gene's Pizza". He was married to his wife Jeanne from 1964 to his death in January 2019. They had two children. One of his children, Todd, was a hockey star at the University of Minnesota and on the 1988 US Olympics team. Todd played a few games in the NHL but had to quit due to a chronic injury. He and Jeanne lived in Sarasota, Florida. Gene Okerlund died on January 2, 2019 at the age of 76. 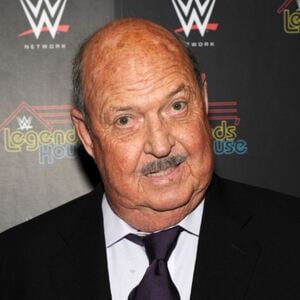