Eva Marie net worth: Eva Marie is an American fashion model, actress, valet, reality television personality, and professional wrestler who has a net worth of $2 million dollars. Eva Marie, also known as Natalie Marie Coyle, was born in Beverly Hills and raised Concord, California. An excellent soccer player, she went on to play college soccer for California State University – Fullerton, but subsequently shifted her focus to modeling and acting. She graduated with a degree in Business Management, and earned an additional Associate's Degree in Art from Diablo Valley College. She became a household name when she was cast on the show Total Divas. The reality program follows the backstage lives of the WWE Divas, female performers on the WWE circuit. These performers include wrestlers, announcers, and valets. Eva Marie made her debut in July of 2013, and has been positioned as the protégé to popular female wrestler, Natalya. In addition to her work with the WWE, she has appeared on the covers of publications like Glam Fit Magazine and Import Tuner Magazine, as well as television shows like Entourage, CSI: New York, and 90210. She also had a spread in Maxim. Eva Marie married Jonathan Coyle in a secret ceremony and at the time her parents had no idea about the wedding plans. An episode of Total Divas followed Eva Marie as she told her parents and they were less than pleased with the news. 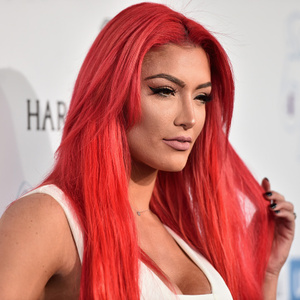