Eric Bischoff Net Worth: Eric Bischoff is an American entrepreneur, television producer, professional wrestling booker, on-screen personality, and occasional wrestler who has a net worth of $12.5 million dollars. Eric Bischoff was born on May 27, 1955 in Detroit, Michigan where he had a number of occupations before getting into wrestling. He owned a successful landscape construction company, worked as a veterinary assistant, competed as a professional kickboxer, and ran a butcher shop, where he sold meat via van delivery. In 1991, Bischoff joined World Championship Wrestling as an announcer, debuting at The Great American Bash. He is best known for serving as Executive Producer and later President of World Championship Wrestling and later, the General Manager of World Wrestling Entertainment's Raw brand. Bischoff has also worked with Total Nonstop Action Wrestling where he served as Executive Producer of "Impact Wrestling". With an amateur background in taekwondo, Bischoff also occasionally performed as an in-ring competitor, and is a former WCW Hardcore Champion. He wrote an autobiography, titled "Controversy Creates Cash", that was released in 2006 under WWE Books. Bischoff lives in Cody, Wyoming; Scottsdale, Arizona; and Los Angeles, California with his wife, Loree. In 2011, Eric Bischoff announced that he was starting a brewing company in Cody, Wyoming. Their first beverage, called Buffalo Bill Cody Beer, featured the tag line "The Spirit of the Wild West". 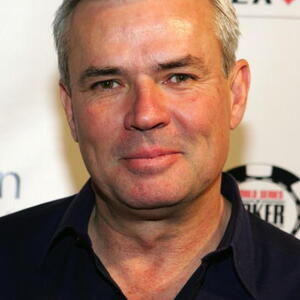