El Oriental Net Worth: El Oriental is a Bolivian-born Mexican professional wrestler who has a net worth of $500 thousand. Noé Astro Moreno León (best known in the wrestling world as El Oriental) was born December 6, 1972 in Deportivo Sexenal, Mexico City, Mexico. He is best known for his nearly 10-year-long stint in Asistencia Asesoría y Administración (AAA) along with his sisters Cynthia, Rossy and Esther Moreno.

He is also the son of wrestler and promoter Alfonso "Acorazado" Moreno and has worked over 70 tours of Japan. His father, along with Dr. Wagner and Blue Panther, ultimately trained El Oriental for his professional wrestling career. He made his debut on October 23, 1992 in Arena Azteca Budokan, the arena his father operated at the time. El Oriental adopted this ring name upon making his debut and has competed exclusively under the alter ego since. Early in his career he worked mainly in or around his home state of Ciudad Nezahualcóyotl, Mexico State, often working alongside his sisters Cynthia, Rossy and Esther Moreno. Over the years, El Oriental trained or helped train a number of young wrestlers for their professional wrestling careers, some of which include Hijo de L.A. Park, Flama Solar, Extassis, Dralion, El Simbolo and Kumo. He is the former brother-in-law of Dr. Wagner, Jr., who was married to his sister and fellow wrestler Rossy. He's also the former brother-in-law of wrestler Groon XXX, who was married to his sister and fellow wrestler Esther. Noé Astro Moreno León (aka El Oriental) is not related to the Moreno family that founded and promotes the International Wrestling Revolution Group. 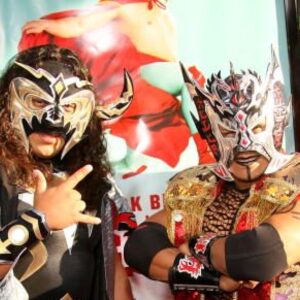